Renewed calls for boardwalk between Scarborough and Trigg 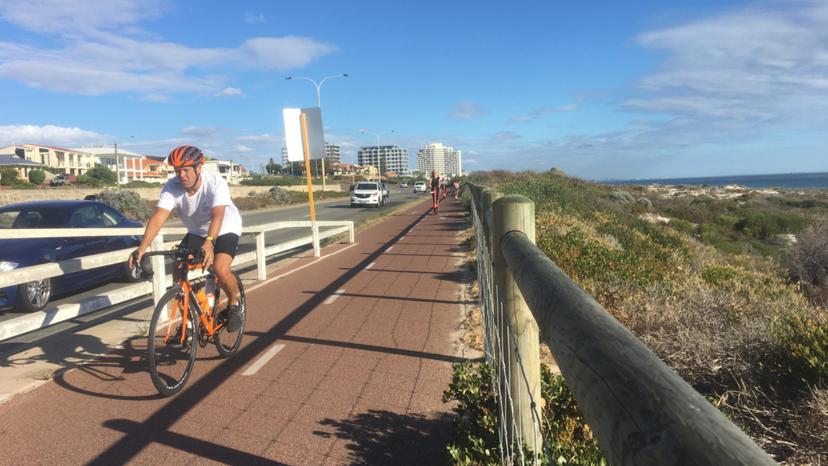 The City of Stirling is investigating a coastal boardwalk for a new walking and cycling facility between Scarborough and Trigg.

The latest council report said while the tourism and safety benefits were “clearly evident”, the council needed to consider if the estimated project cost – between $1.056 million and $3.810 million in 2012 – could be “justified on the basis of the current conditions along the shared path”.

Related: Eco-tourism the future of tourism

The City of Stirling will again investigate a new walking and cycling facility between Scarborough and Trigg, with calls for a coastal boardwalk reignited.

In April last year, Cr Felicity Farrelly moved a motion for the City to investigate the safety of the shared path along West Coast Highway, and to look at options to “separate slow cycling, walking and speed cycling”.

She requested the options include an “environmentally-friendly coastal boardwalk” alongside the existing path, which has previously been proposed and not supported.

Cr Farrelly said there was still “a perception of being unsafe walking alongside the road especially as the path travels down to the underpass at Trigg south beach”.

“West Coast Highway has become a key road in the area with high levels of walking traffic and recreational bikes using the one pathway,” she said.

“With the continuing popularity of recreational e-bikes, e-scooters and e-skateboards, pedestrian traffic is at risk of being hit and the bike, skate, and scooter users are not safe.”

According to a council report, the potential conflict between pedestrians and fast-moving cyclists on the shared path has been a concern for several years.

However, it said space constraints in the road reserve meant any separation could only be achieved by “encroaching wholly or partially into the adjacent South Trigg coastal reserve”.

This reserve is a Bush Forever site, with the two previous proposals in 2005 and 2012 to construct a coastal dune boardwalk not supported by the community because of the perceived adverse impact and damage to the environment.

According to the report, the three options investigated in 2012 would still be valid if the council was to reconsider the proposal.

At the time, officers recommended a “hybrid solution” with an elevated aluminium boardwalk and at-grade concrete paths to “minimise the construction and longer term environmental footprint”, which would impact 1984sqm of land.

It would depart from the shared path so it can be hidden from residential properties but elevated enough for walkers to enjoy the views, and provide separation from cyclists and the traffic along West Coast Highway.

The latest council report said while the tourism and safety benefits were “clearly evident”, the council needed to consider if the estimated project cost – between $1.056 million and $3.810 million in 2012 – could be “justified on the basis of the current conditions along the shared path”.

“There is unfortunately no official reporting system for collisions or incidents that occur on shared paths, and while there have been anecdotal reports and incidents involving fast cyclists at various stages, the City is not aware of any collisions resulting in a fatality or serious injury,” it said.

It said based on the significantly high costs required and the previous objections, it was not recommended the City proceed with another proposal.

However, a workshop with some councillors found there was still “general support” to progress with a proposal, and the council therefore unanimously voted to “develop a strategy for the long-term implementation of a suitable walking and cycling facility between Scarborough and Trigg”.