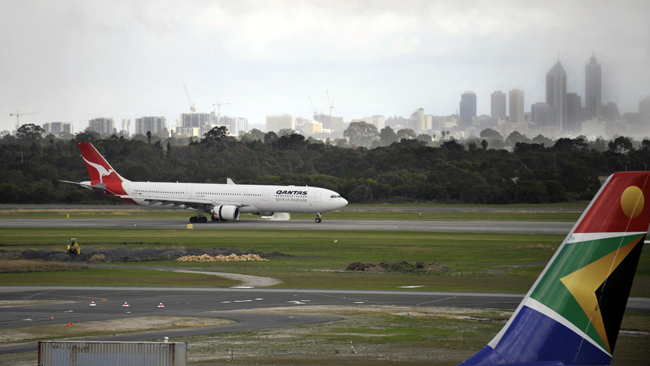 Qantas will increase the size of its lounge at Perth Airport by 30 per cent just two years after almost doubling the space to meet unprecedented demand from the resources industry.

The expansion will start next week and be completed by February.

Perth Airport is experiencing extraordinary growth, with a 40 per cent lift over the past five years.

The airport’s growth is running about 12 per cent a year, although last month it posted a record 16.5 per cent increase in passengers to 1.23 million for October.

Compared with October last year, passenger numbers jumped 16.5 per cent and plane movements rose an unprecedented 18.7 per cent to 13,352 – another record.

Domestic passenger numbers broke the 900,000 barrier for the first time, while there were 332,000 international passengers, just off the record of 337,000 set in January.

Qantas executive Samantha Taranto said: “The airline had seen a significant increase in passengers over the past couple of years in Perth, due largely to the mining and resources sectors.

“The expanded lounge will be directly below the existing lounge and will comfortably seat an additional 140.” The 400sqm expansion is being built between gates 13 and 14 in Terminal 4.

The expansion will add more seats, work areas, bar and meals space and amenities as well as high-speed wi-fi. Qantas is also launching a long-term review of its lounges at Perth Airport as it prepares to move more of its operation into Terminal 3, which will be vacated by Skywest Airlines and Alliance Airlines when they move to the new Terminal 2.

In 2014, when Virgin Australia moves from Terminal 3 to a new domestic pier being constructed at the international terminal, Qantas will take over Terminal 3.

Last month, Qantas announced that it would use its Airbus A330 fleet on all weekday flights from Sydney and Melbourne to Perth.