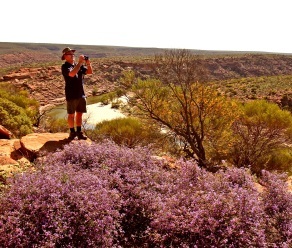 West Australians are rediscovering their State, making more than five million trips in their own backyard for the first time since 2007.

Tourism Research Australia figures released yesterday show the number of West Australians travelling within the State has increased, with 630,000 more trips made in the year to September compared with the same period last year – a 13.8 per cent increase.

Each of the State’s tourism regions experienced growth in intrastate visitor numbers, led by the North West which recorded a 61.8 per cent gain and the Golden Outback which had a 42.6 per cent rise.

WA holidaymakers or leisure tourists travelling within the State also bounced back to pre-global financial crisis levels, increasing by 258,000 or 12.4 per cent.

Tourism WA chief executive Stephanie Buckland said WA’s intrastate travellers were twice the national average and a very positive sign for the future. “Intrastate visitors play a major role in WA’s tourism industry, accounting for about 70 per cent of all visitors,” she said.

In the interstate market, an increase in family and relative visits (17.9 per cent) contributed to an overall 4.2 per cent rise.

But leisure tourist numbers from the Eastern States dropped 2.1 per cent over the 12 months after losing an average of 15.7 per cent each year for the past three years.

Tourism Council of WA chief executive Evan Hall said though the latest slump was small, the interstate leisure market was in dire straits after three consecutive years of decline.

“What we are seeing is another, albeit small, loss after three years of significant downturn. Our east coast market has simply collapsed,” he said.

“We need significant State Government investment to promote WA to the Eastern States if we are to win back our market share.

Ms Buckland conceded that the interstate leisure visitor market had been WA tourism’s biggest challenge in the past 12-18 months and said the shortage of hotel accommodation in Perth was a major factor.