The shorter the shelf life, the worse the devastation 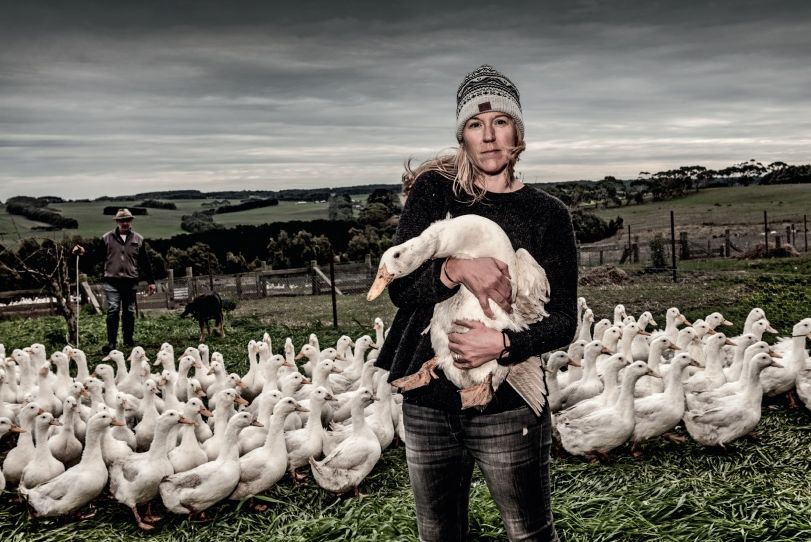 The reopening up of regional Victoria has been welcomed by many producers who can begin selling their products again, but not all farmers feel so lucky.

Bendigo’s George Bobin is the man behind some of the garnishes you see atop your meal at a restaurant.

Before COVID-19, he sold $50,000 worth of micro herbs a week to restaurants across Australia.

But the pandemic-driven lockdowns have brought his business near the brink of collapse.

Mr Bobin said the reopening of regional Victoria was a good first step in helping him get back on his feet, and many local restaurants had approached him to make sure supply was available.

“So it’s looking positive from that angle,” Mr Bobin said.

“The problem we have is that the locals are great, but it doesn’t give us much income.”

He is hoping his customers in Melbourne can reopen in the coming weeks.

“We send produce down to the wholesale market in Epping, and the providores would distribute our herbs around Melbourne,” he said.

Mr Bobin said it would be difficult to expand into regional Victoria because it was not cost effective to sell to individual restaurants.

“If a restaurant orders say, 10 micro herbs, well that’s about $30 and you can’t really afford to deliver that,” he said.

“In my instance, my business is totally dependent on Melbourne.

“If they can be let go a bit, and people are allowed to go out to restaurants, well then it would be marvellous.”

Greg and Jodi Clarke, who farm free-range Aylesbury ducks on their 16-hectare Great Ocean Road property at Port Campbell, say they are currently running at 50 per cent capacity.

High-end Melbourne restaurants were their main customers, but they have needed to explore other market options.

“We’ve done what we’ve had to do to stay in the game,” Mr Clarke said.

“We’ve had some wins — chefs are doing take-home meals.

“Some chefs have ordered more than we thought they would, and we’ve had another win with a great butcher in South Australia.

“He’s been taking 30 or 40 ducks a week and distributing them into South Australian restaurants, which we don’t normally do.”

Mr Clarke said selling their ducks to high-end restaurants in SA had boosted production, but it had come with difficulties.

“The logistics have been a bit of a nightmare — we were flying [the ducks] there, using Qantas freight, but the depot at Tullamarine got closed down,” he said.

“Jodi managed to find a road transport company but there always seems to be issues, whether that is the [SA border] blockade, or whatever.”

No coming back for some

Although the situation is not ideal for Great Ocean Ducks and many others, Mr Clarke says his heart goes out to business owners who are still closed.

“At the moment we’re selling enough to get by,” he said.

“We all know they’re doing it really hard now, and we just want the people who run these restaurants, and the chefs to be able to open up and take the pressure off them.

“While that will hopefully be a win for us down the track, we’re not as desperate as we were in the first lockdown, because we’ve put these plans in place.”

The Restaurant and Catering Association estimates up to 20 per cent of Melbourne venues will never open their doors again.

“The restrictions that have been placed on restaurants because of the pandemic have decimated the supply chain,” he said.

“We have heard from industry those higher end ingredients and produce have been off the menu, for the most part.