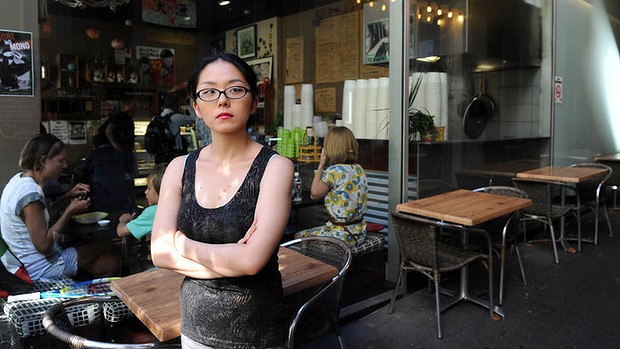 Behind the surface glamour of Melbourne’s restaurant scene lies an army of casual staff being paid wages far below their legal entitlements, industry experts and regulators say.

Diners are unknowingly fuelling an underclass of employees being poorly paid at many of Melbourne’s smaller restaurants, with staff being paid as little as $9 an hour.

Many casual employees are willingly working for wages well below the minimum wage of $15.96 per hour plus penalties, with some supplementing their base wage with tips.

But the head of the national body representing restaurants said employees are not doing it tough – restaurant owners are, in part because workplace laws are too complicated.

Zana Bytheway, executive director of the Jobwatch employment law centre, said restaurants had always been one the group’s highest areas of complaints.

“Young people are employed in these industries, and they just don’t complain,” she said.

Despite the reluctance of restaurant staff – many of whom either don’t pay tax or work in breach of visa rules – to complain, Jobwatch got over 600 complaints from the industry in the past two years.

Among those to go to both Jobwatch and the national industrial watchdog, the Fair Work Ombudsman, is Japanese student Yuka Odashima.

Until recently she worked for the Japanese bar and restaurant group behind Nama Nama, Hihou and Izakaya Den.

A recent payslip for the 25-year-old shows she is being paid a flat rate of $15 per hour, plus superannuation.

Ms Odashima said the correct rate, according to the Fair Work Ombudsman, would have been about $21 an hour for much of her work.

“It’s a really busy restaurant and bar and I am pretty sure they can pay proper salary to all staff but they don’t,” she said. “I asked the manager why they pay just $15 and he just started getting angry. He said ‘You can just find another job’.”

Ms Odashima conceded that she often got tips that supplemented her wage.

One of the restaurant group’s owners, Simon Denton, said Ms Odashima had not been taken off the group’s rosters because she had questioned her pay, but because she was not needed.

And he said his restaurant paid far better than many others. Many of his staff worked for restaurants that had paid them $10 an hour, he said.

“A lot of the people who work for us work for other places for a hell of a lot less,” he said.

The Fair Work Ombudsman is now assessing the case.

Andrew Edwards, an investigator with the ombudsman, said it was common to find overseas students in particular working for cash once they reached the 20-hour-per-week limit specified by their visa.

Mr Edwards said he saw rates of between $8 and $10 for hospitality workers. Many overseas students questioned over their pay for this story said pay between $9 and $11 was standard for much cash-in-hand work at bottom-end restaurants.

But the head of the national body representing restaurants said the real group in the industry doing it tough was owners. “The underclass is the restaurant operators,” said Restaurant and Catering Australia chief executive John Hart, who argued many worked more than 50 hours a week for little more than $40,000.

“They are being paid less than the minimum wage.”

He estimated that half the restaurant industry was not compliant with regulations. “If they stay in the system they are going to go broke,” he said, demanding a simplification of restaurant awards and regulations.

The association has led a push to slash penalty rates for restaurant staff, particularly on Sunday and public holidays when waiters can earn more than $40 an hour.

Tony Eldred, a consultant who trains restaurant owners and staff across Australia, said the dining boom had caused a situation where many staff worked in poor conditions.

“We have encouraged this foodie culture and driven it way beyond what the available customer base can support. The industry needs to sustain a 30 per cent price rise in order to allow proper working conditions and rates of pay — but when you have got such fierce competition, that’s not possible,” he said.

Peak industry body, the Accommodation Association, yesterday announced an investment of over $5.6 million from the Andrews Labor Government

aiva—the automated, direct sell voucher system for tourism and hospitality businesses—is the latest development from the team at Book