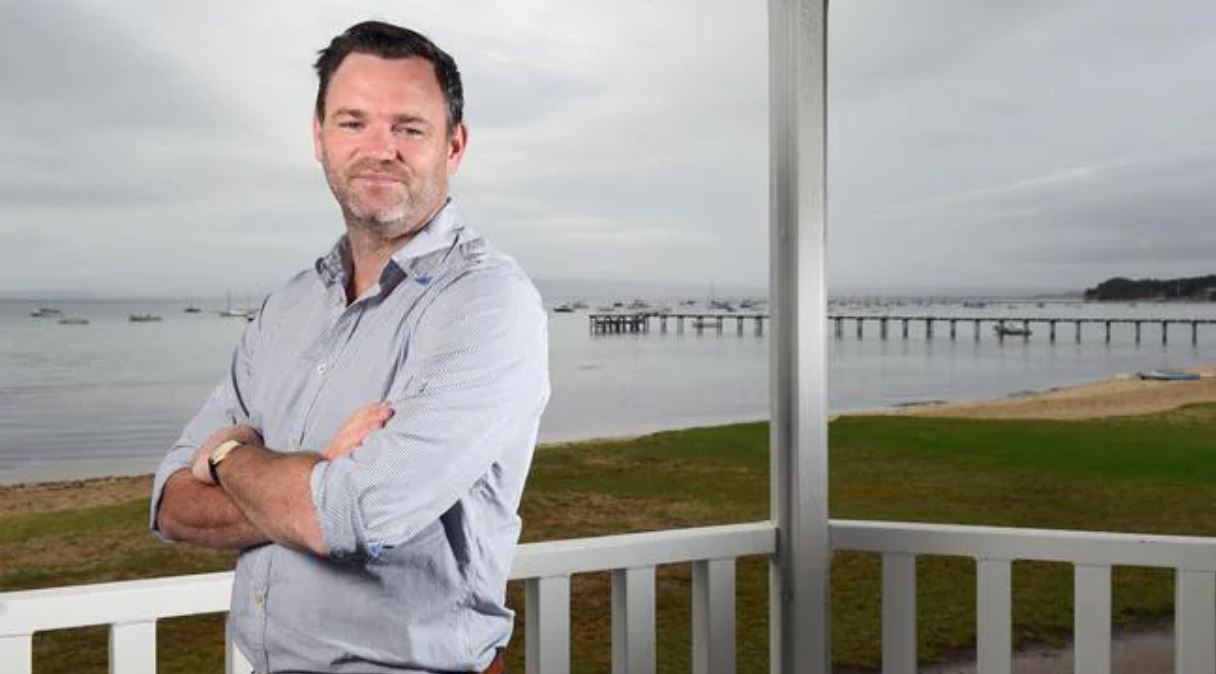 A high-powered legal challenge to the validity of Premier Daniel Andrews’ lockdown of Melbourne is set to be lodged in the High Court of Australia amid mounting business disquiet over the expected continuation of strict restrictions past October 19.

Prominent hospitality figure Julian Gerner is behind the challenge and has engaged top silks Bret Walker SC and Michael Wyles QC to represent him. A writ of summons against the state of Victoria and a statement of claim from Mr Gerner is expected to be filed in Melbourne’s High Court registry as early as Monday.

Mr Gerner’s argument questions whether restrictions such as the five-kilometre rule and essential worker permits are a disproportionate response to the threat of coronavirus, and contrary to the implied constitutional rights of freedom of movement within states to undertake personal, family, recreational and commercial endeavours and otherwise go about their normal lives reasonably.

Mr Andrews on Sunday extended Victoria’s state of disaster for another four weeks and conceded it was highly unlikely Melbourne would see a major easing in restrictions, such as the reopening of retail, as anticipated, from October 19.

In a statement to The Age, Mr Gerner said: “I am the Plaintiff and reside on the Mornington Peninsula where I own a restaurant and bar located in Sorrento. I will be represented by Bret Walker SC and Michael Wyles QC who will argue that the Victorian Government has engaged in an unnecessary lockdown of the state and the economy, denying our basic freedoms as Australian citizens under our Federal Constitution, including our right to freedom of movement.

“We will apply to the Court for a declaration confirming these freedoms and to set aside the disproportionate and unreasonable responses imposed by the Victorian Government. Being locked at home for 23 hours a day (now 22 hours), not being allowed to travel more than 5 kilometres from home, needing permits to work and travel, being denied the ability to see friends and family or work or go to school.

“This is not what we signed up for and is inconsistent with a free society, representative democratic government and civilised living. Aggressive and heavy-handed enforcement of these restrictions has also alarmed most fair-minded people.”

Associate Professor Beck said the argument that there was an implied constitutional freedom of movement within states was “novel” and “bold”, but not without merit.

“I wouldn’t be holding my breath with this High Court,” he said. “It comes down to a question of proportionality in regards to the state’s response to a public health crisis … freedom of movement within states and freedom to own and use property are bold arguments. But there are examples of bold arguments being successful before.”

He said having Mr Walker argue the case would give Mr Gerner’s challenge significant impetus.

Mr Gerner owns Morgan’s restaurant and bar in Sorrento. A former director of the Melbourne Pub Group, which owned some of the city’s most famous hotels, Mr Gerner said he was not aligned to any political party.

The government has relied on sections of the Public Health and Wellbeing Act to restrict the ability of millions of Melburnians to move about, work and socialise in its efforts to reduce the spread of COVID-19.

A draft of Mr Gerner’s statement of claim seeks a High Court ruling on the validity of directions by Chief Health Officer Brett Sutton under the Public Health and Wellbeing Act, arguing they are contrary to constitutional rights to implied freedom of movement within a state.

Mr Walker is perhaps Australia’s most prominent barrister. He led the NSW government’s royal commission into the Ruby Princess coronavirus fiasco earlier this year and represented Cardinal George Pell in his successful High Court appeal to have his child sexual abuse convictions overturned.

Mr Wyles is a respected Melbourne barrister who last month produced an opinion questioning the validity of Mr Andrews’ recently abandoned overnight curfew on Melburnians. He was state opposition leader Michael O’Brien’s counsel in his unsuccessful bid to be heard at the Victorian board of inquiry into hotel quarantine.

The legality of the curfew is being challenged in separate action in the Supreme Court of Victoria.

Mr Andrews has foreshadowed that some significant changes to restrictions would be announced on October 19, but that they were more likely to be social measures rather than economic. He and Chief Health Officer Brett Sutton said the continuation of the five-kilometre limit to travel was being considered.

Melbourne needs to average five or fewer positive test results per day for a fortnight for the present stage four restrictions to be eased. Melbourne recorded 12 new cases on Sunday and one death, with 14-day average of 9.3 cases.

Mr Andrews is coming under increasing pressure from business groups to ease restrictions.

Mr Gerner is a leader of the “Unlock Hospitality” group, a collection of hospitality businesses pushing for easing of restrictions. The group has been endorsed by right-of-centre pressure group Change Victoria.

The Victorian Employers Chamber of Commerce and Industry on Sunday said the state had to learn to live with the virus and that businesses that had been shuttered for months had developed plans to enable them to operate safely.

A push to open businesses more quickly across Melbourne was also the focus of full-page advertisements in Sunday newspapers.

The ads, with the heading “Victoria Let’s Be Open!”, called for an alternative to “the message that there’s ‘no choice’ but to follow the harshest lockdown rules in the western world”.

Mr Lang, who has in the past been a member of the Liberal Party, said the ad was a direct response to the state government’s constant shifting on when businesses could reopen.

He said trust in government had been damaged by the failure of hotel quarantine, and that many Victorians had little faith the Department of Health and Human Services could manage contact tracing properly.

“They just keep saying ‘Trust us’. It’s like we’re on the deck of the Titanic and the captain is saying ‘This thing is unsinkable’.”

It was crucial there was greater transparency on how contact tracing would work, because if a third wave hit Victoria, there might not be appetite for a third lockdown, Mr Lang said. “The strategy with the second wave is working [because] you can’t leave your home,” he said.

Restaurateur Chris Lucas, who runs six venues and employs around 1000 staff, was among several hospitality figures to sign the ad.

He said the social impacts of the lockdown on his employees had been terrible. “They are not faring very well. I’ve gone from being a restaurateur to a psychologist – I’m dealing every day with quite significant mental health issues.”

Mr Lucas, whose restaurants have been doing limited takeaway since March, said he and others who signed were not calling for any sudden re-opening. “We’re happy for it to be slow and gradual, but we’re not even talking about re-opening”.

Along with Mr Andrews’ role in keeping the state locked down, the federal government appeared to have abandoned Victoria, Mr Lucas said. “We’re not hearing from the Prime Minister, he’s been very silent.”

Former Liberal Party state treasurer Andrew Abercrombie, also put his name to the ad, and said he was one of its key organisers. “Small business is being absolutely smashed,” Mr Abercrombie said.

He said the government had “failed to understand the principles of the greater good. COVID deaths are measurable and very visible, but the sadness that [many other] Victorians are living through is not nearly as in your face.”

Mr Abercrombie, a millionaire from Toorak, had his own brush with coronavirus in March, hosting a party at his chalet in Aspen, Colorado, where around a dozen people later tested positive (he was not one of them).

Several of his guests were accused of failing to place themselves into self-isolation once they returned to Australia and socialising even after testing positive.