Drugs found in the rig crash that killed bus driver 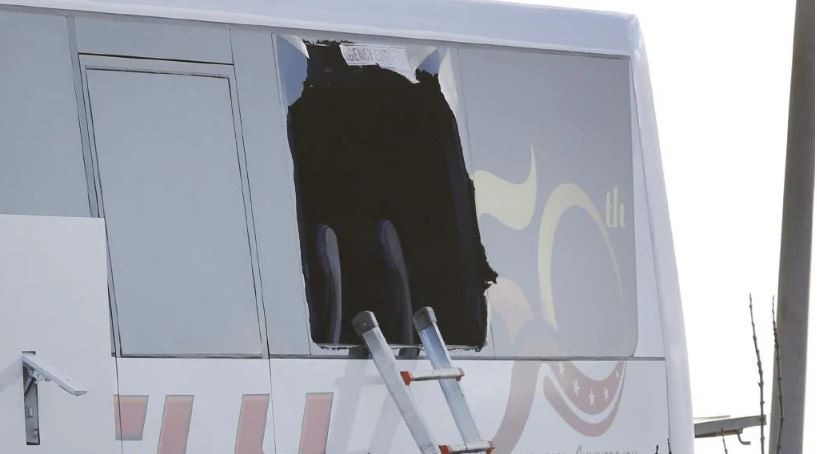 Drugs were found in the cabin of a truck that lost its trailer. The trailer created an obstruction that killed a coach driver.

A hero passenger caught up in a shocking bus crash, has told how he went to the aid of fellow travellers — smashing a path to safety.

A brave passenger who survived a deadly bus crash has told how he desperately smashed a path to safety.

Shaun Kearns used an emergency hammer to break through a window in the frantic seconds after the accident as dozens of passengers who could scrambled out.

The bus was travelling from Adelaide to Melbourne when it ploughed into two trailers which detached from a B-double truck on the Western Hwy near Horsham.

The bus driver was killed.

Mr Kearns told the Herald Sun: “All of a sudden I felt the bus brake once heavily and then brake again.”

“People were starting to cry and scream and unfortunately there was lots of kids on the bus too,’’ he said.

“I just got everyone to calm down for a couple of seconds at least.

“We pushed the glass out and started getting people off.

“I was just trying to help as many people as I could and tried to look after the injured ones as well.”

Emergency arrived soon after — cutting another hole to free passengers still inside the mangled bus.

Mr Kearns, who was returning from a family gathering with girlfriend Joanne Blackadder, said he couldn’t stop thinking about the July 11 smash.

He sustained a leg injury which required surgery and cuts to the face.

Ms Blackadder sustained a cut to the eye.

“It’s something that’s going to stick with me for a while.

“I just wish the outcome was better.”

“I’ve been amazed in my discussions with Shaun. He has been so selfless,’’ Ms Margalit said.

“He has always been mindful of looking after others — he’s one of those silent heroes.

“A mass traumatic accident like this is quite rare.

The truck driver, 36, was released by police pending further inquiries.

A South Australian woman, 22, who was a passenger in the rig was allegedly caught with drugs.