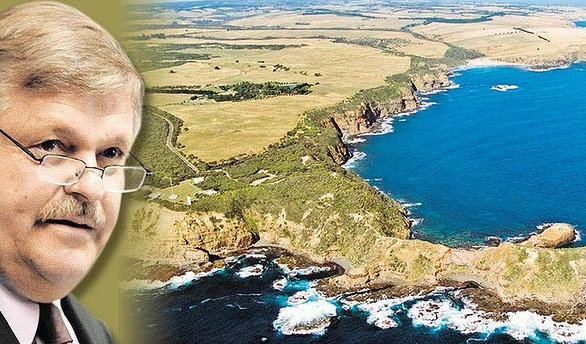 PLANS for a boutique brewery on Victoria’s picturesque Mornington Peninsula have alarmed locals, but those behind the $6.8 million project say it will create jobs and tourism opportunities.

Mr Morris also got approval for a caretaker’s residence and plant nursery on the site.

The brewery on rural land that hugs the shore near Cape Schanck lighthouse attracted a string of objections from locals concerned about its impact on native animals, vegetation and the potential odours from the beer-making process.

Traffic management around the access road to the new plant and the lack of a local grain or hops supply were also points of contention.

It recently took full ownership of one of Victoria’s best-known bayside pubs, the Portsea Hotel.

It operates in a similar farmland setting to the proposed Cape Schanck brewery, making five types of craft beer, including labels Kolsch and Witbier, that are stocked in Mr Morris’ network of pubs and in other outlets.

About 64 objections were lodged against the Cape Schanck proposal before it went to the Victorian Civil and Administrative Tribunal where it was approved in late August after extensive mediation.

But VCAT appears to have placed some prohibitive restrictions on the use of the land including limiting the brewery to using hops grown exclusively on the surrounding farm unless it gets prior approval from the local council.

Colonial Leisure Group director Lawrence Dowd said that, when complete, the company’s east coast brewery at Cape Schanck would be bigger than its WA operation.

The restaurant and organic farm were likely to attract tourists to the area, already a popular seaside and wine-tasting destination with Melbourne day trippers.

Produce from the farm and brewery would be used in the group’s Melbourne pubs and restaurants.

”The jobs it is going to create on Cape Schanck are quite significant,” Mr Dowd said.