Penalty rates; to pay, or not to pay? 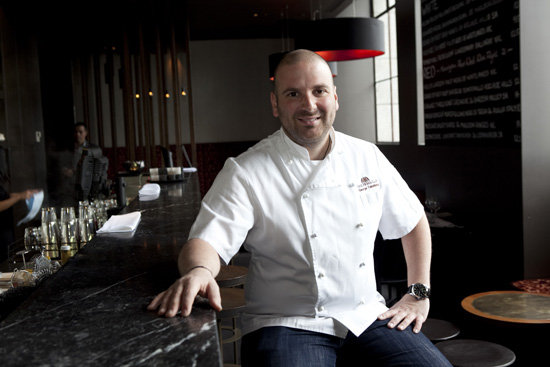 PICTURE: George Calombaris, owner of seven Melbourne restaurants, says he is unprofitable on Sundays due to penalty rates, but he stays open for the sake of tourism.

The Tourism News is out to uncover the real costs and benefits of penalty rates within the tourism industry. In this first of three parts, we look at the argument so far.

Drive through any Australian small town on a Sunday afternoon and most tourism and hospitality businesses are closed. Whilst some businesses keep this as a day of rest, most simply can’t afford to open – penalty rates paid to employees negate any profits that could potentially be made on this day.

However, the payment (or not) of penalty rates is not an issue plaguing only small towns. Businesses and their employees, both in regional towns and major cities feel the pinch of penalty rates for differing reasons.

Restaurateur Clyde Bevan, who co-owns Friends Restaurant in Perth told ABC720’s morning radio show that “We don’t open on Sundays because it’s not viable…Restaurants won’t open on Sundays or if they do they will have skeleton staff and probably family members working because they simply can’t afford it.”

“The net profit for restaurants across Australia is less than 3 per cent,” Bevan says. Bevan also faces the added challenge of finding staff in Perth – as do most Western Australian operators – for the mining boom has claimed most people. The staff he does find may be ok, but only a few are career hospitality workers – on a Sunday he can pay almost double time for an essentially unskilled worker.

Masterchef star George Calombaris, who owns seven restaurants in Melbourne, is one of Australia’s biggest names in food yet still unprofitable on Sundays. Calombaris told Crikey.com.au’s The Power Index: “The problem is that wages in public holidays and weekends greatly exceed the opportunity for profit…it’s just not good business to be paying penalty rates. It’s really difficult to stay open and we only do it because of tourism but the reality is it’s uneconomical…So our labour laws are something that need to be looked at.”

The Tourism and Transport Forum (TTF) – the peak body advocating the interests of the tourism, transport, aviation and investment sectors’ elite group of companies – is pushing for a review of the current penalty rates. Rowan Barker, Director of Communications and Media in the TTF says that “we’d like the penalty rates to be reviewed for the tourism and hospitality industry.” The Tourism and Transport Forum however, haven’t mentioned anything they’re actually doing about it.

Many transport industries – cabs, buses, etc. – operate 24/7, and their customers want 24/7 service. It’s hard for operators to run a business when penalty rates have been maintained for so-called ‘unsociable hours’ even though weekend days and all nights are the times people looking for additional work can find it.  The result is a closed door on everyone – owner-operators, and consumers,.

The Accommodation Association of Australia supports a review of the penalty rates. According to the Tourism and Transport Forum/ MasterCard Tourism Sentiment Survey 2013 Q2, 67% of the accommodation industry believe that the reviewing of the current penalty rates is of high importance.

In contrast, the Australian Council of Trade Unions (ACTU) represent Australian workers and their families and believe any cutting of penalty rates would be detrimental to families and to the broader economy.

Ged Kearney, President of the ACTU says that “Penalty rates have been part of the Australian workplace for decades and provide much-needed income for low-paid workers who are required to work week-ends and public holidays.

According to Essential Research (August 2013), 79% of Australian voters are in agreement with the ACTU, believing that a higher hourly rate of pay is necessary for employees working non-standard hours. Furthermore, only 18% believe the business argument that the abolishing of penalty rates would create further jobs.

According to the ABS’s 2012 ‘Employee Earnings and Hours,’ 1.54 million Australians rely on awards and penalties to get by. Presently, employees in the hospitality industry receive a 25% loading on Saturdays and 75% on Sundays.Ï

The hope is now that if a further review of the Fair Work Act does take place, the considerations of both businesses and employees are taken into account as to reach a mutually beneficial agreement for both parties.