Paul Gallen to fight for heavyweight title at supershow in Newcastle 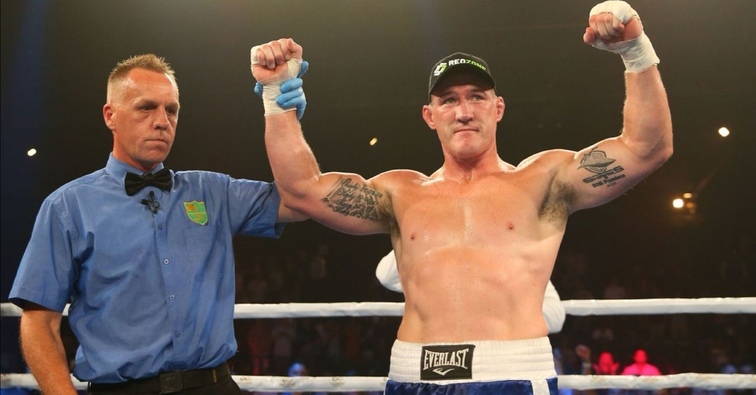 Paul Gallen’s next bout against Kris Terzievski will be fought for the national title, as former Australian champion Justis Huni has now relinquished his Australian title to fight for the IBF Pan Pacific and the WBO Oriental championships on June 15.

Gallen (12-1-1, 7KO) the former NRL premiership winner has his only loss in a bout for the Australian title to champion Justis Huni last June.

Paul Gallen had to say, “These opportunities don’t arise very often, particularly in a sport like boxing, a lot of things have to fall into place at the right time, so I’ll try to make the most of this opportunity.

“It’s fortunate that Justis Huni and Joe Goodall are fighting for a regional title and we’re in the position to have the shot at the Australian heavyweight belt.

Sonny Bill Williams was rumoured to have been trying to secure the vacant Australian heavyweight title for his next bout being planned for August before the governing body made the title available for the Gallen Terzievski fight.

The fight will be promoted by No limit boxing and will have Harry Garside and Nikita Tszyu on the card as well for a boxing supershow.

Related: Sydney beaches could take a year to recover

Paul Gallen could be crowned Australia’s heavyweight champion in 18 days’ time after a shock series of events has led his bout against Kris Terzievski to be fought for the national title.

But Huni has now relinquished his Australian title to fight fellow Australian Jai Goodall on June 15 for two vacant regional belts; the IBF Pan Pacific, and the WBO Oriental, which will put the winner in the top 15 of both sanctioning bodies.

Gallen’s rival Sonny Bill Williams is understood to have been trying to secure the Australian heavyweight title for his next bout, planned for August, but authorities have put it on the line for Gallen versus Terzievski on May 11 at Newcastle Entertainment Centre. “I know I’m at the back end of my career, this could be my last fight, or one of my last two fights, so I want to create history if I can,” Gallen told News Corp.

“These opportunities don’t arise very often, particularly in a sport like boxing, a lot of things have to fall into place at the right time, so I’ll try to make the most of this opportunity.

“It’s fortunate that Justis Huni and Joe Goodall are fighting for a regional title and we’re in the position to have the shot at the Australian heavyweight belt.

“This guy is a really good boxer so I’ve got to fight well to win.

“It wasn’t ever a goal of mine or a motivation to win a title, I know I’m never going to be a Huni or a Goodall, but I always want to be the best that I can be.

“When you get to my age you get to be realistic, I know I’m not going to improve, but I’ll always do the best with what I’ve got.

“I could have waited until the end of the year, had a couple of fights against NRL players and then hung up the gloves, but that’s not what I’m about.

“This guy won the Australasian title seven weeks ago, the opportunity came up and I took it.

“Whether people love me or hate me, the one thing everyone knows is that I’ll never die wondering. No one could ever say about me that I don’t have a go.

Terzievski (10-1-1, 8KO) is a 31-year-old southpaw who also has fought for the Australian title once, yielding his only defeat, to Faiga “Django” Opelu, who coincidentally was dethroned by Huni. 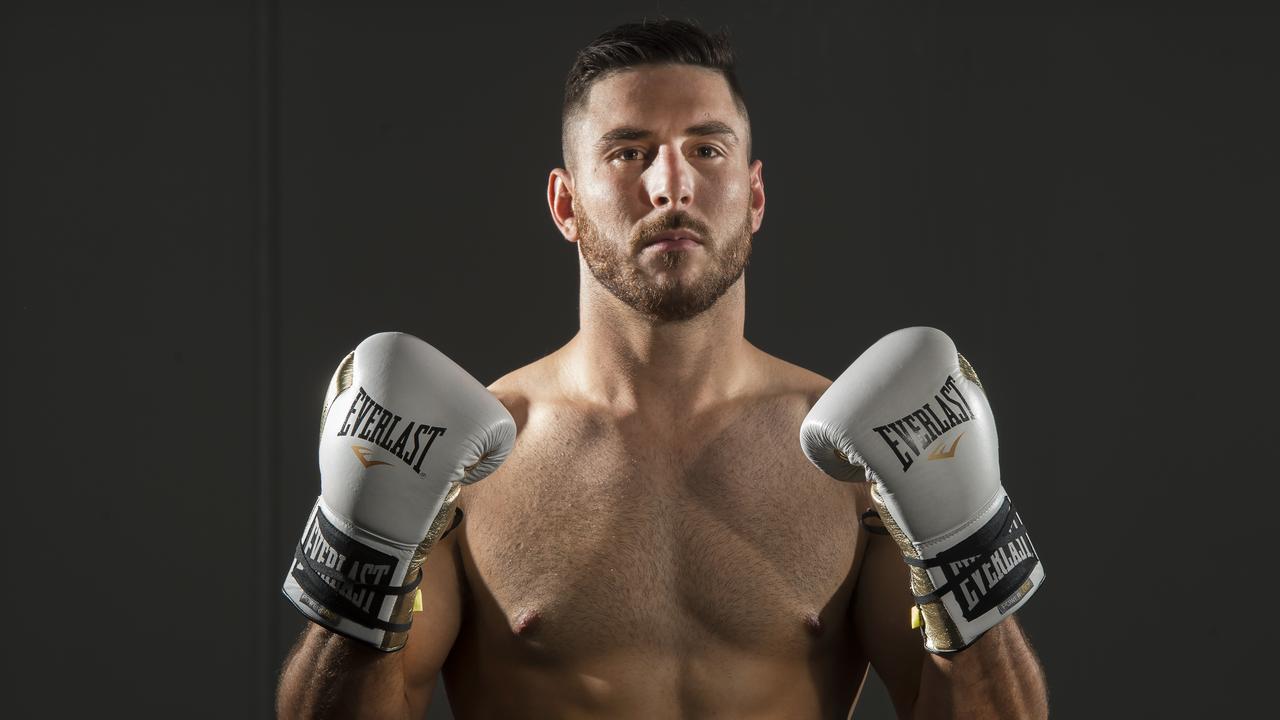 In his previous bout, Terzievski claimed the ANBF Australasian heavyweight title with a one-sided eight-round decision over Waikato Falafehi, which means Gallen could become the first cross-code athlete to win the Australian and Australasian titles.

As for the long-awaited and much hyped future bout against Williams, Gallen has put an end to all speculation after being told last week by Williams’ team that he would not get a 50-50 split.

“I’ve drawn a red line through Sonny, that fight is never going to happen so it’s not even on my mind,” Gallen said.

“It’s had plenty of opportunity to be made over the last 10 years and it hasn’t been made, and I’m 41 years old in a few months.

Gallen’s fight against Terzievski will be the second Australian title fight on the card in Newcastle.

In one of two co-main features, Harry Garside defends his Australian lightweight belt against Layton McFerran.

And Nikita Tszyu, youngest son of Kostya and brother of world-ranked Tim, will have his second professional fight against undefeated Mason Smith (5-0, 2KO).

Three main event fights will be held on the same night in Newcastle on May 11 when Paul Gallen, Harry Garside and Nikita Tszyu line up for a boxing supershow.

The No Limit Boxing show, to be shown live on Main Event pay-per-view, follows on from their “Sydney Superfight” event in 2020 when Gallen fought Mark Hunt and Nikita’s world-ranked brother Tim Tszyu fought Bowyn Morgan on a double-header show at Parramatta’s Bankwest Stadium. Paul Gallen, Nikita Tszyu and Harry Garside will all fight on the same card.

Now they’re trying to outdo that promotion with three of the biggest names in Australian boxing featuring on one show, hastily arranged after Jai Opetaia had to postpone his May 11 world title fight against Mairis Briedis due to injury.

“We have three fight of the night contenders who love to put on a show, not only are they facing tough fights in the ring, but they’re competing with each other for the most memorable performance of the night,” No Limit chief executive George Rose said.

“There’s no better place to see that than in the centre of a boxing ring surrounded by thousands of screaming fans.

“We know Gallen rises when the big challenges come. The challenge is set for him to remain the pay-per-view king of Australian heavyweight boxing. He needs a big win to stay on top. 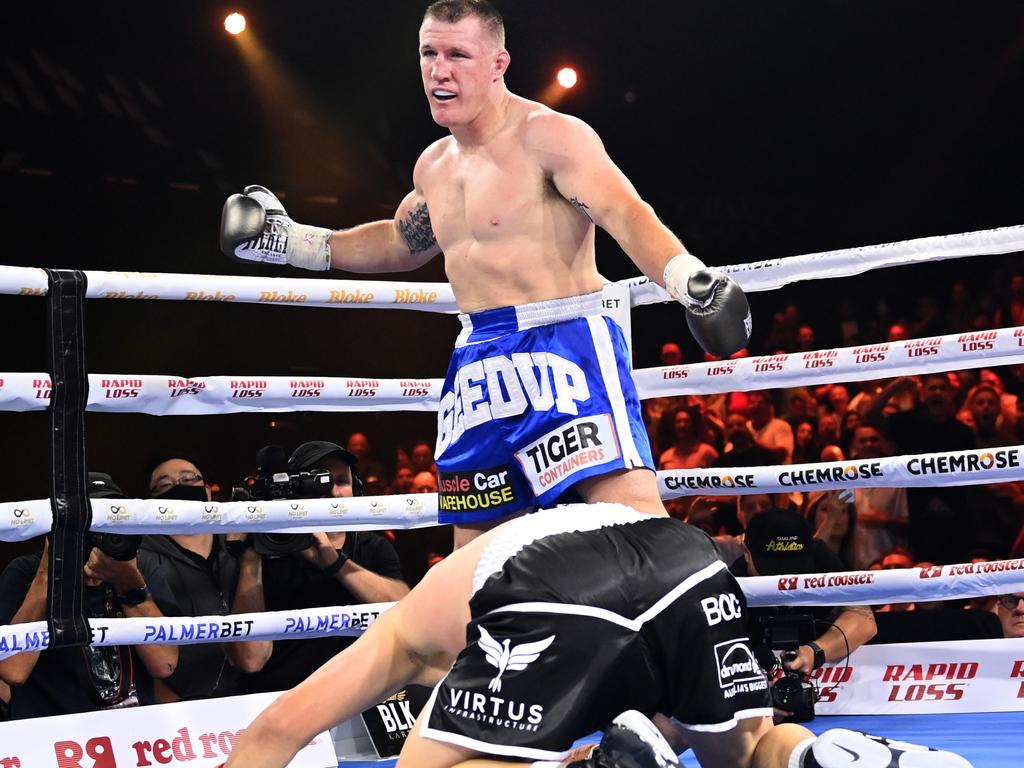 “We’ve lit up the crowds at our first two events of the year. Our pay-per-view events are even bigger shows.

“Big shows ask for big stars and big performances. A Newcastle triple-header will be bringing that big energy we love at a No Limit show.”

Gallen, 40, has suggested numerous times that this will be his final year in boxing before he retires from professional sport.

While he has unsuccessfully campaigned for a payday fight against Sonny Bill Williams, Gallen remains the biggest drawcard in the Australian heavyweight scene.

However, Terzievski has a solid record of 10 wins – eight by knockout – with only one loss and one draw. Harry Garside has won the first two bouts of his professional career. 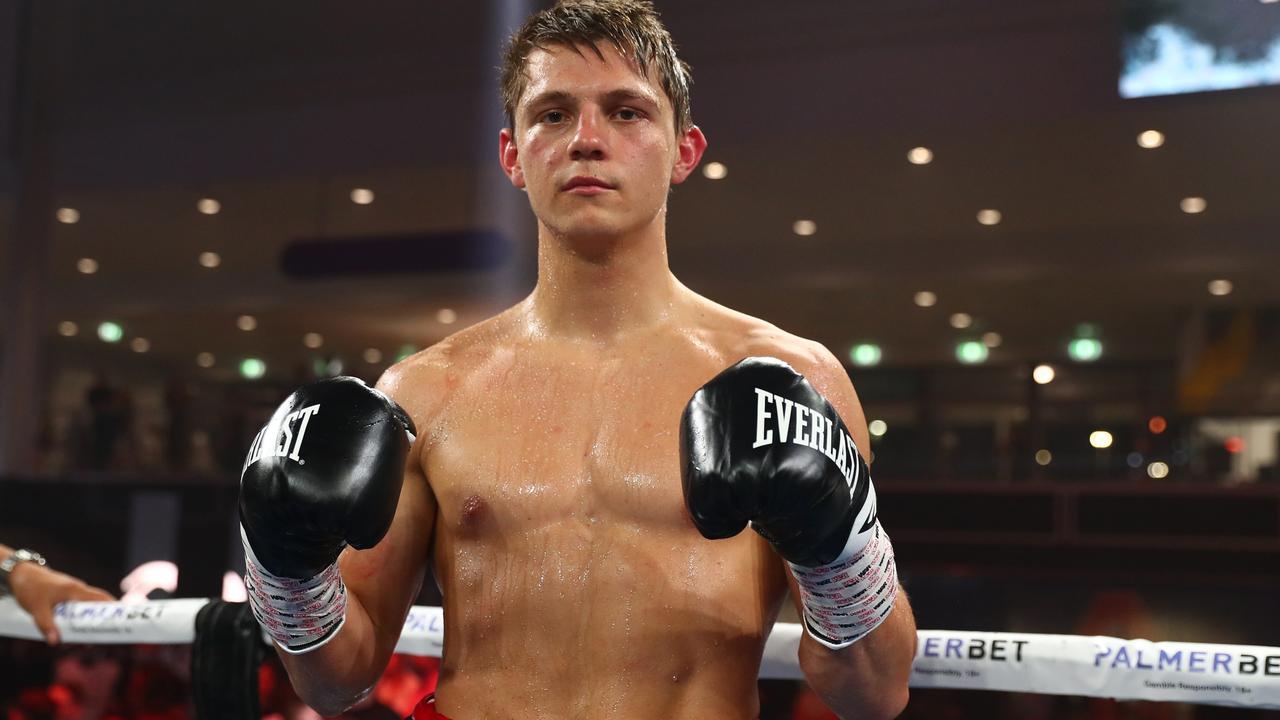 Nikita Tszyu impressed on his professional debut in March.

Garside (2-0, 1KO), the Tokyo Games bronze medallist, has just come off a scintillating 10-round decision victory over Manuer Matet a fortnight ago in Sydney.

He has now been added to the card against McFerran (5-1, 2KO), whose only defeat was a split-decision loss to Kurt Finlayson in his second fight.

Tszyu, meanwhile, made a statement debut with a second-round stoppage over Aaron Stahl in Brisbane on March 3.