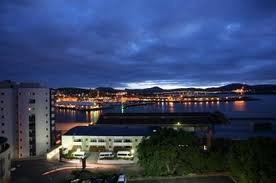 There is a call for more heritage funding to protect historic assets after a hotel development at Hobart’s Battery Point was allowed near an 1830s seawall.

The $9 million, 24-room complex is being built in front of Tasmania’s oldest seawall which once marked the Hobart shoreline.

The hotel will open next month, but Hobart alderman Peter Sexton says the construction’s impact on the wall was not properly considered because of an administrative mistake.

“It’s probably closer to the wall than would’ve been allowed and certainly…the metal crossover over the top of that wall would never have been allowed, in my opinion, had that wall been properly heritage listed,” he said.

Alderman Sexton says the case shows the Tasmanian Heritage Council can not afford to do its job and warns other historic buildings may also be at risk.

The National Trust blames a funding shortfall for a failure to properly protect some of the most significant historical buildings.

Mr Tassell says other heritage sites are at risk.

“There’s such a huge heritage inheritance in Tasmania that the limited funding only allows a small part of that heritage asset to be documented in any one year,” he said.

“Clearly it would be much better for the community if we could document a lot more of the heritage more quickly so that there’s greater certainty.”

He says the state’s tourism industry will be affected if too many historical buildings are allowed to be altered or torn down.

“We have the opportunity of maximising the benefit for the community through effective documentation or we run the risk, as in fact has happened, of losing some of this very finite asset through a lack of understanding and a lack of knowledge because of inadequate funding of the Tasmanian Heritage Council and Heritage Tasmania.”

The heritage council received about $350,000 from the State Government last financial year.