Hey TTF: What have you done for me lately? 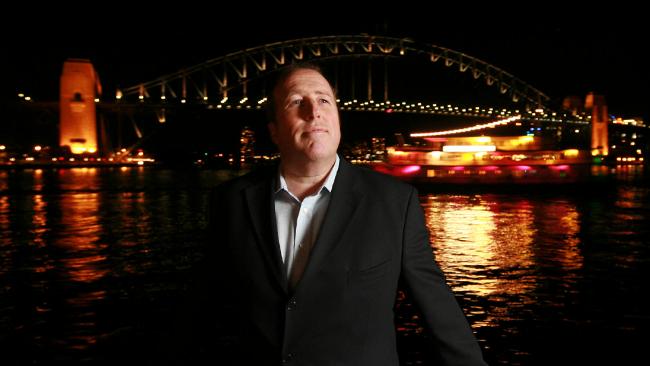 PICTURE: Chris Brown headed up the Tourism Transport Forum for 18 years – but most people in the tourism industry don’t know his name. Brown left the TTF in 2010.

The Tourism and Transport Forum claims Sydney’s second airport as a key goal – even though they’ve gotten nowhere in 30 years. Ana Hadjidemitri questions how the TTF serves our tourism industry.

The Tourism and Transport Forum (TTF) no doubt serves the interests of its members and by its own admission, these members are “the 200 most prestigious corporations and institutions” in the Australian tourism, transport, aviation and investment sectors. Think Qantas, the NRMA and Sydney Airport.

The Tourism and Transport Forum represents the top end of town, but is always asked for comment on all aspects of tourism by major media.

As the so-called peak industry group for tourism and transport, the TTF advocates the public policy interests of its members as well as “lobbying state and federal governments for good public outcomes, destination and precinct developments,” says Rowan Barker, director of communication and media at the TTF.

Though the Australian tourism industry generates $35 billion a year, there is still scepticism from investors as to its viability as a profitable industry. So the TTF also has the added responsibility of convincing the general populace and government of the industry’s viability and longevity.

Says Barker, “We need to convince government that tourism is worthy of priority and to allocate resources to this industry. Directly this industry employees 532,000 people and over 400,000 people indirectly; there are employees in every electorate in Australia. We have 283,000 tourism businesses.”

Twenty board members help the TTF in its policy decisions, all representatives from stakeholder members. For example there is Ann Sherry AO, chief executive officer of Carnival Cruises who is the board’s deputy chair; Simon McGrath, chief operating officer of Accor Hospitality is also a deputy chair whilst Eddie Grobler, Australasia’s divisional president at Mastercard Worldwide is a board member.

“There are lots of competing interests and that can be a challenge, as with any industry,” says Barker of the board members. “There is often vibrant discussion as people forcefully make discussions.”  However they always come together in a common goal. “Their overarching goal is to grow the pie; for tourism to get bigger.”

The phrase ‘growing the pie’ has been held up as one of the key justifications for American banks used as they created money out of nothing and cost workers jobs in the name of cost cutting, profit driving. Growing the pie does not imply that the pie is shared around.

Board members do not deny they use their board standing to help (or hinder) certain policies and issues that ultimately serve the interests of their respective corporations. In other industries, vested interests on boards are frowned upon. For Australia’s tourism industry, vested interests are just another day at the office.

The TTF feels it has accomplished much for its members, and they consider the freezing of the Passenger Movement Charge (PMC) the major accomplishment within the last 18 months. The PMC was introduced in 1995 (to replace the departure tax) as a means of recovering the costs associated with border processing at airports.

Throughout history, this tax has risen to cover the increased processing costs at airports – for the 2000 Olympic Games the tax had risen to $40 per international passenger, by 2008 it has increased to $47 ‘due to national aviation security measures’ and in 2012, for no know reason it reached $55. This tax is collected by international airlines and remitted to the government.

Only outdone by the United Kingdom who charge 94 British pounds (US$142.70) for long-haul flights, Australia is one of the highest collectors of this tax.

“The Federal government in the budget for May 2013 proposed to increase and index to inflation the PMC,” says Barker.

“So the TTF campaigned hard against this index and lobbied the Coalition and the Greens to vote down the charge,” says Barker. Whilst the TTF could not manage to decrease the amount, it succeeded in freezing the charge to its present $55 per international passenger over 12 years of age. So for the term of the new Coalition government, the PMC will remain as is. “

The TTF also lobbied for the recently employed Opal Smartcards in NSW. Whilst political and contractual issues have been said to be the reason for their overdue arrival, the TTF are happy about the result.

“They take the mystery out of travelling,” says Barker. “They are convenient for regular commuters and simple for people who don’t use public transport often. Just get on, tap on and tap off. It makes travel a seamless and unforgettable experience.”

And what of the future?

Barker says that Australia needs to capitalise on any opportunities for growth and suggests that the government should focus their resources on capitalising on Asian Century opportunities.  With Prime Minister Tony Abbott having claimed in his election campaigns to make Asia his top priority if elected, this may not be too far off.

The TTF also hopes to expand the working holiday maker scheme, is lobbying for a secondary Sydney airport at Badgerys Creek and is pushing for a review of penalty rates.

Sydney’s second airport hey? If land was pegged out for Sydney’s Second Airport in the 1970s, and the Tourism Transport Forum say they’re lobbying for it, the simple question then becomes – who out of this group of members doesn’t want the second airport built?

Some of them? All of them? 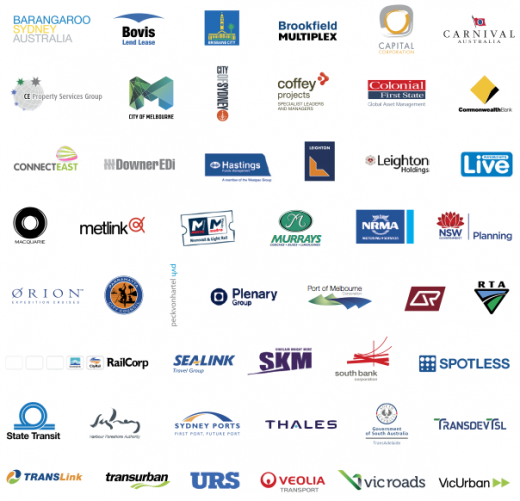