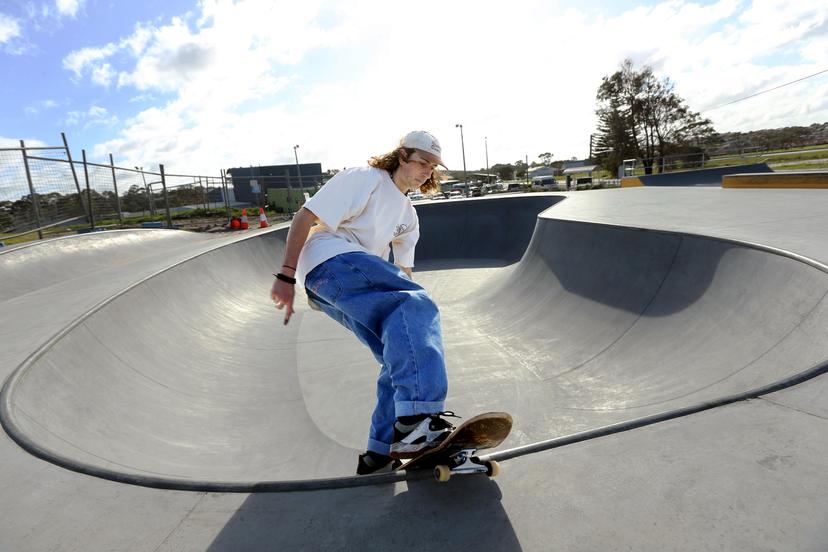 The Cottesloe council has finally approved the location for the new skate park, with the northern end of John Black Dune park announced the winner after the skate park location had been narrowed down to two sites.

The proposed skate park had been a controversial issue for the coastal suburb for many years, with some residents hoping the council would revisit the option of the vacant State-owned land. Residents have had to wait for the proposed sites to be narrowed from nine, with Cr Melissa Harkins saying that “The community has been wanting skate facilities for a long, long time and I think it’s prudent we move on with the project”.

The long-awaited skate park in Cottesloe is one step closer to reality with a location finally given the green light.

Town of Cottesloe narrowed down two locations for the proposed skate park, with John Black Dune Park being the recommended site over the northern end of the foreshore.

Councillors approved the park as the location for the skate park at their meeting on Tuesday night, despite a last-minute bid by residents to revisit the option near the train station.

Mum Sonja Heath said the park, next to Cottesloe Tennis club and a public car park, was the most sensible location for the proposed facility.

“I just think it’s the only one that’s got the space. I believe the foreshore was too narrow, and that was the alternative,” she said.

“No one’s using it at the moment and I definitely don’t want it cleared and taken over by concrete.

“I think a nice nature area can co-exist with an amazing facility for tweens and teens.”

The Town found after an online survey and a community workshop that 41 per cent of respondents preferred John Black Dune Park, 37 per cent preferred the foreshore and the rest did not support a skate park.

Ms Heath had been part of the initiative to set up a skate park which started more than four years ago.

The community has been wanting skate facilities for a long, long time

“I’ve got older children and they asked me all the time, ‘can we go to Perry Lakes?’ because they have a skatepark but nowhere here,” she said.

“I just want one in the postcode like every other local government authority.

“We’ve got playgrounds for little kids, we’ve got a massive golf course for the adults but we’ve got nothing for teens and tweens in Cottesloe and I think they deserve it.

“I think it would be amazing to pick these boys up from school on a Friday afternoon and bring them (to the skate park).”

The proposed skate park had been a contentious issue for the coastal suburb for many years, with some residents hoping council would revisit the option of the vacant State-owned land beside the railway station.

Residents have also claimed the decision to whittle down nine sites to two for the survey was shrouded in secrecy and without public consultation.

Cr Michael Tucak’s motion for the council to defer the item in favour of doing more research on the train station site was not supported, with Cr Melissa Harkins saying the issue was “not rushed” and had been discussed in many meetings.

“The community has been wanting skate facilities for a long, long time and I think it’s prudent we move on with the project,” she said.

Council also approved to consult with the Town’s youth on the design of the skate park.

“I’m really excited because I can learn how to skate. I don’t skate too often but I want to do it better,” Thomas Wood, 10, said.

Dash Thompson, 10, said he would like to see grinding bars, ramps and a bowl at the skate park.

Soren Teoh Seeber, 10, said if the skate park was built, he wanted to go every single day.

Benjamin Grady, 9, said he was looking forward to a Cottesloe skate park as had to go to the skate bowl at Scarborough Beach regularly.

“I’m pretty excited that it’s nice and close. I skate once or twice a week,” he said.

Cottesloe kids flooded the council chambers during a meeting in July, to ramp up progress amid skateboarding’s debut as an Olympic sport in the 2020 Tokyo Games.