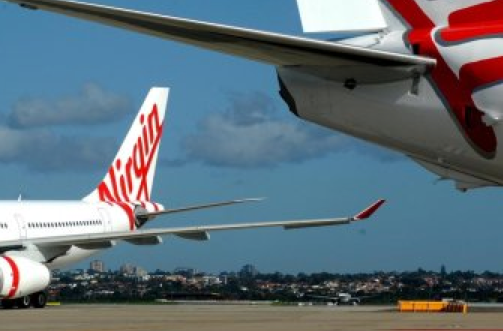 The quality of service in Australia’s airports has fallen across the board, with not one airport rated “good” for the first time since 2008, according to a scathing report handed down by the consumer watchdog.

Every year the Australian Competition and Consumer Commission (ACCC) surveys passengers, airlines and border agencies on various aspects including the quality of services, cost of parking, profitability and spending on infrastructure.

The report reveals the rating for the quality of service has fallen at all five of Australia’s major airports – Sydney, Melbourne, Brisbane, Adelaide and Perth.

Brisbane came out on top, with Sydney and Perth given the lowest rating.

The favourite bugbear for most visitors was the cost of parking, with Melbourne’s total parking revenue reaching $114 million, closely followed by Sydney with just over $100 million.

Sydney continues to have the most passengers through its international and domestic airports – 36 million annually – followed by Melbourne with 28 million.

The ACCC’s report gives special mention to congestion issues, and says over the past decade, the proportion of on-time flights are trending down.

It says that without additional investment, there will be future capacity problems.

“I think there’s a definite problem with the transparency and process of this reporting process,” she said.

“There’s actually a review that’s being undertaken at this very moment into this.

“We as airports are certainly happy to be transparent and to be monitored and want to assure our customers that we’re doing our very best to provide the best service we possibly can for them.

“I think it comes down to how you do that and the report itself does acknowledge how difficult it is to monitor a lot of these items.”

And she says the difficulty with the report is that it has compiled a “snapshot in time”.

“If you look at our major airports, all of them have major infrastructure plans,” she said.

“Brisbane is moving ahead with its additional runway, Perth and Melbourne are talking about their additional runways, so these major pieces of work are ongoing, and that investment is flowing.”

She says the methodology used to reach the findings that airports are not delivering value for money is not outlined in the report.

She also says other factors taken into account for the report are not relevant.

“In the report, they assess how many baggage trolleys there are,” she said.

“Now, I don’t know about you, but all my bags have wheels on them so I never use baggage trolleys, where as they used to be used five years ago, so is that a fair metric of whether or not someone is delivering good service?”

The Productivity Commission also found that parking prices were not “excessive” when taking into account land values and other indicators.