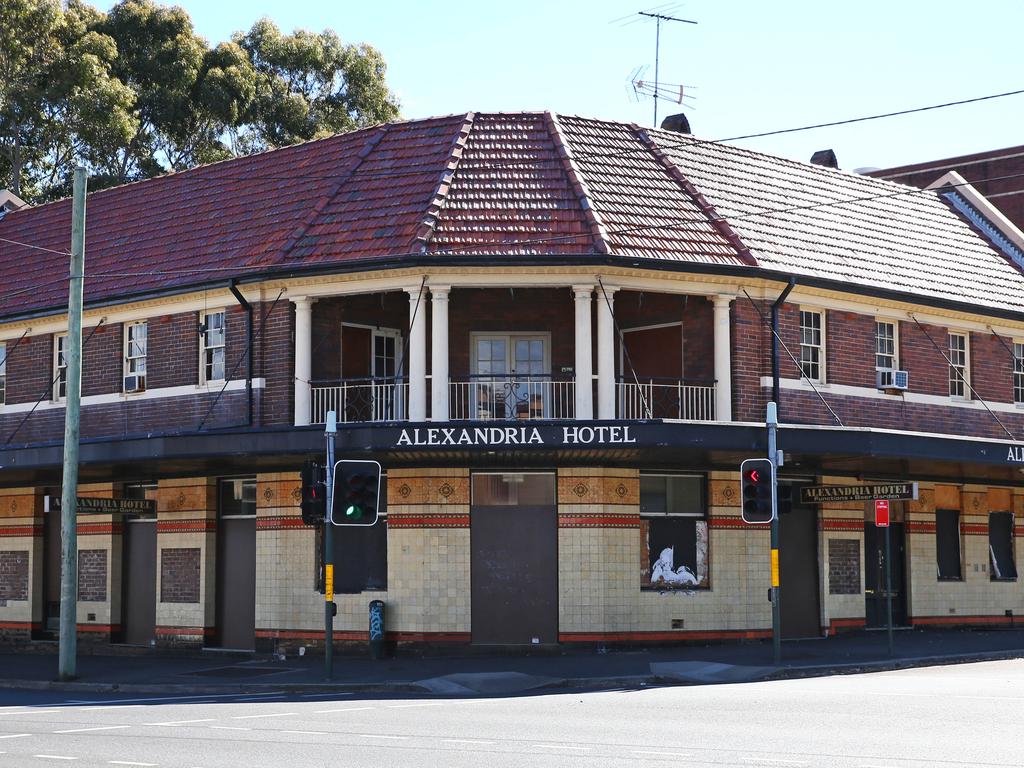 The Alexandria Hotel is set to return to life under their new name Backyard at the Alex, the inside of the pub continues to undergo renovations.

The pub is set to reopen in the months before Christmas.

The beloved Alexandria Hotel is set to return to life six years after hospitality giant Merivale, and a people power campaign, saved the iconic venue from a wrecking ball.

Hundreds of residents furiously objected to a development application earlier that same year, led by the previous owners, which would have seen the old pub knocked down and turned into dozens of apartments.

In the wake of the purchase, Hemmes told The Daily Telegraph that pubs were iconic to Sydney’s culture and must be preserved.

Although a date for reopening has not been confirmed, the Inner West Courier understands The Alex will open in the next few months, ahead of Christmas.

While the inside of the pub continues to undergo renovations, the Alexandria Hotel opens under a new name, ‘Backyard at the Alex’, and a new format.

Described as a ‘pop-up outdoor community hub’, ‘Backyard at the Alex’ will operate a large beer garden out back, centred around a basketball court, with communal tables and grandstand seating.

Although there is no working kitchen inside, The Alex’s patrons will be well fed by a number of rotating food trucks, including chicken schnitzels from Wholly Schnit and Yakitori-style bamboo skewers from Firepop, as well as a pop-up kitchen serving Merivale favourites.

Co-convenor for the Alexandria Residents’ Action Group Vanessa Knight, who were among the loudest objectors to the developer’s plans to demolish The Alex, said the community was “grateful” the pub.

The Group have acknowledged that their victory of ‘people power’ against the developers was bittersweet after the pub sat idle for a number of years.

“Were grateful, it’s been a long time coming … finally something is happening,” Ms Knight said. “It is finally coming and starting to look like something … They’ve done a lot of work inside.”

“The venue is Merivale’s way of bringing a sense of community back to Alexandria and reconnecting locals in a place they hold dear,” a Merivale spokesperson said.