Royals on Soils: the tourism value of a royal visit 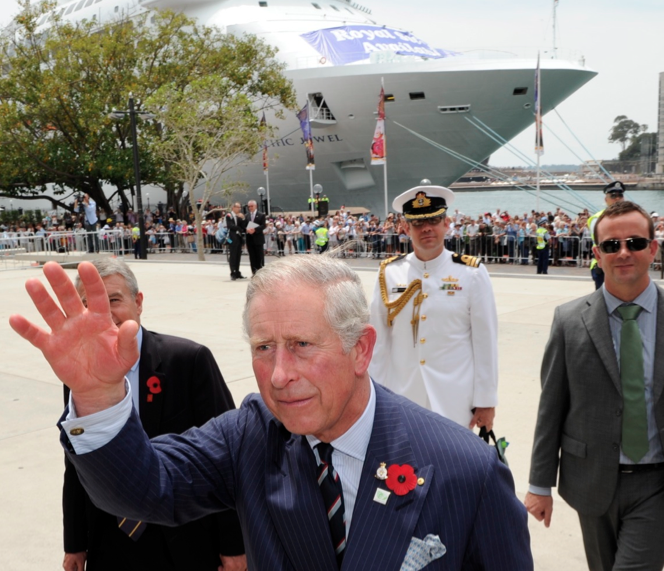 Royals on Soils: the tourism value of a royal visit

Royals have long captured the interest and love of the Australian populace, especially when they visit our country. Australians flock in droves to catch a glimpse of a royal, and in the process, that inter- or intrastate tourist boosts the hosts city’s economy through their purchasing of coffees, meals, souvenirs and hotel rooms. With Spring 2013’s arrival of ‘our’ Princess Mary of Denmark, Mary’s young family and a bigger fish – Prince Harry (of Wales), Australia – Sydney in particular – will reap the royal hospitality dollar.

As a result, the Opera House will reap direct results. Says a spokesperson f or Minister Stoner: “The Crown Prince Couple’s patronage has significantly increased local, national and international interest in the Opera House’s 40thAnniversary well before the event, underlining the status of Jørn Utzon’s World Heritage-listed masterpiece as a globally recognised symbol of Australia.”

The Opera House spokesperson said “There is every sign this will translate into greatly increased community participation in and beyond the 40th Anniversary.” Intangible though it may be, the international exposure of an icon, no matter the medium, always peaks interest, not just with international travellers but with movie producers and creatives of all kinds.

According to the government’s Department of Resources, Energy and Tourism  and Tourism Research Australia’s September 2012  tourism industry study, Sydney was the highest grossing Australian city for total visitor expenditure, generating around 15% or $13.3 billion for the national economy.  And with the Danish Crown Princely couple’s arrival in Sydney, that’s sure to increase.

Says Minister Stoner’s spokesperson, “We expect higher levels of visitation as a result of the Crown Prince Couple’s involvement and that this will have significant flow-on effects for the State economy, both during the Anniversary and beyond.”

These flow on effects will be felt by the businesses directly surrounding the Opera House – the cafés, restaurants, souvenir shops, water sports operators, accommodation operators and transport services,.

“There is also strong brand building potential for Sydney with the visit from the Danish Royal Couple,” says the spokesperson, which will benefit Sydney (and by extension Australia) in the future as it will attract foreigners to the country.

“They will be accompanied by their PR/media team which will relay images back to Denmark and potentially to other countries as well. There is a strong tie here between our iconic Opera House, its Danish architect and one of our own, Princess Mary hailing from Australia/Tasmania – which will make for an interesting story. Any positive, interesting media/PR builds the brand for Sydney.”

Andrew McEvoy, managing director of Tourism Australia is in agreement, saying that “when they (royalty) come Down Under, they are closely followed and their pictures, often against iconic backdrops, broadcast across the globe…That kind of free international exposure can’t really be bought, and is just great for a country like ours which doesn’t always get the international exposure it deserves.”

Prince Henry (Harry) of Wales – son of the enduringly popular ‘People’s Princess’ the deceased Diana, Princess of Wales – is also set to arrive in Sydney in September/October (to use Sydney as a base for an Antarctic trek), but as always, official tourism bodies are keeping mum on how destinations are decided – presumably because they think it’s not their business.

When Prince Charles and Camilla visited Australia in 2012 as part of Queen Elizabeth’s Diamond Jubilee, they increased the exposure for and sales of the corporations they visited. In Adelaide they dined at the prestigious Penfold’s Magill Estate and were offered a glass of their 1962 Coonwarra Kalimna Shiraz – of which only 425 cases were made and sells for $4000 a bottle. Not long after they were reported drinking it, bottles sold out.

The royals however need not actually be in Australia to help boost our economy. Take for example the April 2011 wedding of Prince William to then Kate Middleton.  Major commercial television networks presented their breakfast, daytime and evening news segments from outside Buckingham Palace from a week prior to the wedding.

The extensive coverage – even when nothing was happening – bolstered sales of the magazines that devoted their front page to the royal birth and to others who printed special souvenir editions such as Woman’s Day and The Australia’s Women’s Weekly.

Treats from Home, a business specialising in British memorabilia based in Sydney, sold out all its royal wedding stock well before the wedding took place. Anne Liddle told The Guardian, “we sold out of everything, from union jack bunting to teaspoons.”

As for the Olympics, statistics on the value of royal visits are hard to find, but the exposure, marketing experts agree is priceless, and the proof is in the pudding, or in this case, the pizza. Domino’s pizza UK saw a 20% increase in sales on the Monday of Prince George’s 2013 birth.

Prince Harry’s Sydney visit will garner a fanfare that even the Royal Australian Navy are saying will ‘ rival a Sydney New Years Eve.

Funny that it’s not Destination NSW or Tourism Australia’s business because when it comes to tourism, there is little a royal can’t do.