FTA with China opens up air traffic and services 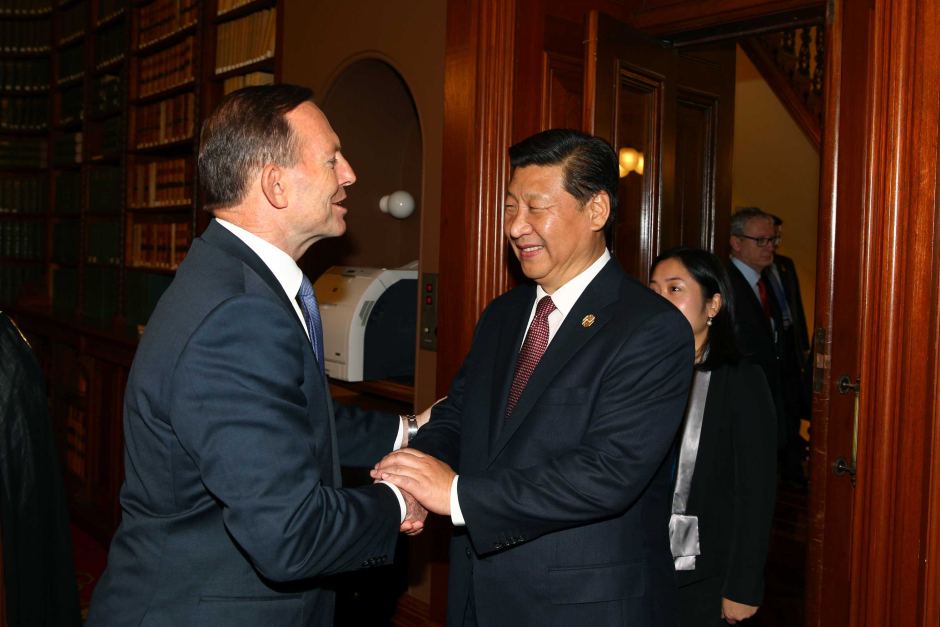 Australia and China will sign a free trade agreement in Canberra today after more than a decade of negotiations.

“I think it’s a momentous thing that’s happened,” Peter Arkell, chairman of the Australian Chamber of Commerce in Shanghai, told the ABC.

“This has been pretty landmark stuff that’s been negotiated.

“I hope there’s going to be a lot of Australian business now that maybe had been reluctant about entering into China, worried about some of the so-called barriers, that they can now feel confident this is a place that they can do business.”

Australian businesses currently face tariffs of up to 40 per cent on goods exported to China.

The FTA will help bolster Australian agribusiness, manufacturing and tourism among other industries, the Australia China Business Council (ACBC) said.

The ACBC said the agreement came at an opportune time as China’s economy shifted to consumption-driven growth.

“Australian goods and services are recognised as being of a high quality, and ChAFTA (China-Australia Free Trade Agreement) will help reduce the barriers for Australian companies as they seek to enter an increasingly competitive market.”

Mr Brumby said the agreement would give Australian businesses an advantage over key competitors the US, European Union and Canada.

Australia has recently completed FTAs with Japan and South Korea.

The average Australian household will have an extra $4,500 at its disposal annually by 2035 due to cheaper imports stemming from the free trade agreements with South Korea, China and Japan.

Independent modelling of the cumulative impact of the deals, commissioned by the federal government, shows a modest boost to employment and economic growth over the same 20 year period, at the end of which all three agreements will be fully in force.

The modelling, undertaken by the Centre for International Economics, will be released on Wednesday to coincide with a ceremony in Canberra at which Trade Minister Andrew Robb and his Chinese counterpart Gao Hucheng will ratify the China FTA.

The FTAs with Japan and Korea, both of which were concluded by the Abbott government, are now in operation.

Mr Robb said the economic gains demonstrated by the modelling justified the urgency with which the incoming government pursued the three agreements.

He said as well as the direct impacts contained in the modelling, there were indirect spin-offs that were not captured by the modelling but were a consequence of the atmosphere of goodwill the deals created.

For example, Mr Robb contended that in the first 10 years since the conclusion of the Free Trade Agreement with the United States, two-way investment grew from $642 billion in 2004 to $1.3 trillion in 2014.

Mr Robb listed the $8 billion acquisition of Toll by Japan Post as an example of an indirect spin-off from the FTA with Japan not captured by the modelling.

“These agreements have locked in our existing trade relations with major economics of north Asia and will be the catalyst for further growth across goods, services and investment,” he said in a statement.

Despite the desire to increase services exports, especially to China, as a consequence of the FTAs, the modelling shows the selling of goods will dominate for at least the next 20 years.

It finds the export of goods to the three markets will be 11.7 percent or $17 billion larger in today’s dollars by 2035 than they are today whereas services exports will be 13.9 per cent greater, or $2.2 billion.

Mining exports would be 6.1 per cent higher, well above the 0.5 per cent increase forecast for mining exports to all destinations.

Total imports will be 2.7 per cent higher by 2035 but from the three FTA countries, they will increase by 8.8 per cent, with the difference due mainly to an increase in the purchasing of manufactured goods. Because they will be cheaper, real domestic consumption – meaning the increased purchasing power due to cheaper products – will be $46 billion higher, or about $4500 per household.