Fairfax and News Ltd not fond of Four Corners’ exposé 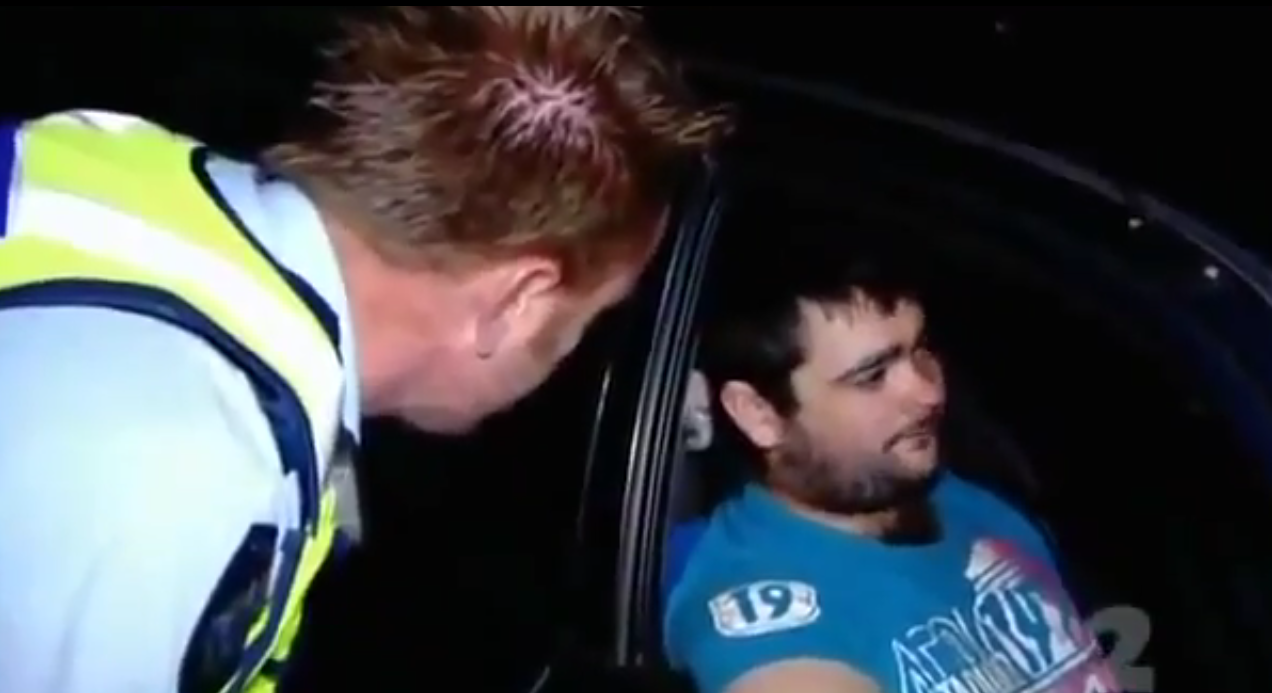 The full Four Corners story, in which a gorgeous young man is reduced to a brain-damaged victim after a king hit.

And from Perth Now:

FOOTAGE of a man at the wheel of a crashed car telling a Victorian policeman he was “just waiting for a mate” has gone viral.

The footage, from Channel 7’s Highway Patrol, has amassed more than 250,000 YouTube views and its own Facebook page with more than 45,000 likes after it was uploaded in recent days.

What seems like a routine hunt for hoon drivers takes a turn for the bizarre, when he finds a car crashed on a curb and the driver, named in the video as Clinton, sitting inside.

When asked what happened, Clinton nonchalantly explains: “I’m just waiting for a mate.”

Seemingly unaware of the extensive damage to his car, Clinton continues the charade and repeats the “waiting for a mate” line four times over the next few minutes.

Sen-Constable Bowden: How did you get down here?

Clinton: Does it matter?

Sen-Constable Bowden: Yeah, it kind of does mate, because you’ve just been involved in an accident.

Clinton: No I haven’t.

Sen-Constable Bowden: Yes you have.

Clinton: What kind of accident?

Sen-Constable Bowden: One with a curb mate. Your whole car’s smashed up.

Sen-Constable Bowden shows the patience of a kindergarten teacher when saying he wants to conduct a breath test, with this exchange:

Clinton: I’ll do this for you.

Clinton: I trust you.

The quarrelsome Clinton continues to give the policeman a headache when asked to go to the police station, insisting that a higher authority was required to rein in his drink-driving.

Clinton: I’m not sure that you’re a federal officer of the law.

Clinton: Aren’t ya? Well, I’ll move on then.

Clinton eventually agrees to go to the police station, but not before testing the officer’s saint-like demeanour with one last argument, this time over linguistics.

Sen-Constable Bowden: I need you to make a definitive decision.

Clinton: Definitive – can you define that?

According to the TV show, Clinton was fined $600, sentenced to four months’ community service and disqualified from driving for three years.

The footage, believed to have first aired in Australia several years ago but recently re-run in New Zealand, has sparked a fast growing internet meme.