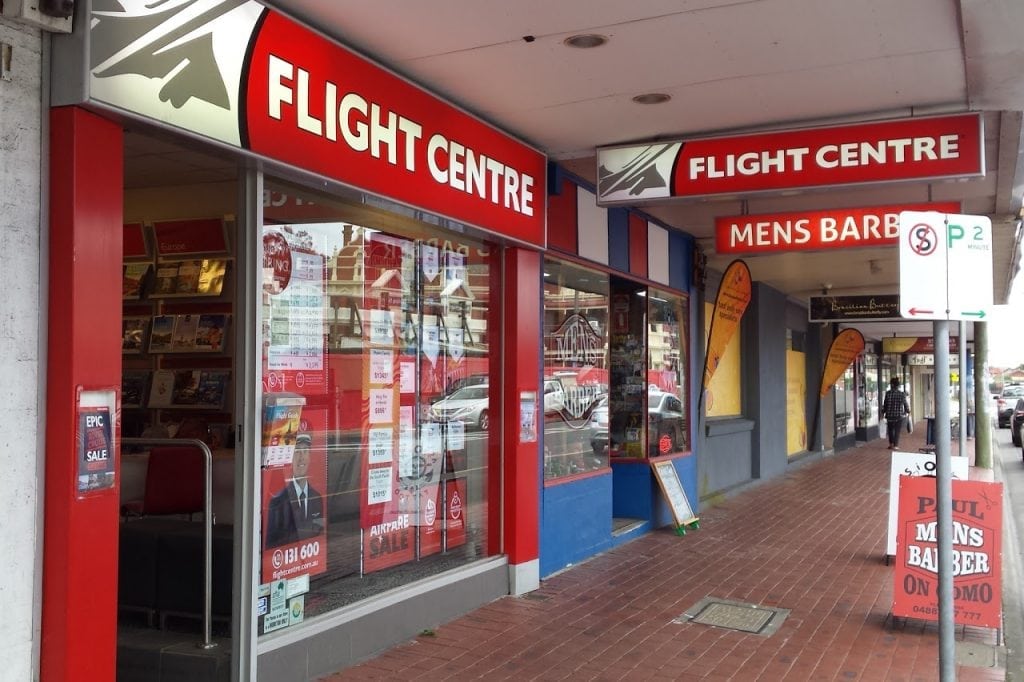 Flight Centre is experiencing a 50 per cent jump in booking as Fortress Australia reopens, however, not everything is smooth sailing for Flight centre.

As Fortress Australia reopens, Flight Centre is experiencing a 50 per cent jump in bookings for North America, Europe and the United Kingdom while India is also starting to pick up. However, Asia remains quiet and the travel agency is also facing a reduction in margins as cash-strapped airlines reduce commission payments on air ticket sales.

All up, Flight Centre produced an after tax loss of $194m for the first half — a 16 per cent turnaround on the previous corresponding period given its financial performance was bolstered by the federal government’s JobKeeper payments.

The company said it was dragged down by the dismal performance of its Australian and New Zealand operations during the first half but as Omicron has ebbed, there has been a significant turnaround.

“From January to February in all our regions bookings were up 40-50 per cent, its coming back pretty quickly, particularly for international, but we need (more) air capacity to come back,” Flight Centre managing director Graham Turner said on Thursday morning.

However he conceded that some markets such as Bali, New Zealand and China remained pretty much closed.

“We will get good growth to North America, the UK and Europe and the transatlantic markets are starting to go well. Even New Zealand’s outbound market was up 300 per cent in January and February.”

Mr Turner said the main destinations for Australian travellers were North America, the UK and Europe.

“They are the popular routes, that is where you can travel to with very little government restrictions. There’s a lot of cruising later this year being booked in the Mediterranean and North America, the hardest thing is getting availability.”

Flight Centre said the first-half losses were expected given the business’s traditional reliance on Australia and New Zealand which were heavily locked down until recently.

Despite that, the Flight Centre group produced a major improvement in revenues driven by a 98 per cent jump to $315m for the six months to December 31, 2021.

All up, Flight Centre’s earnings before interest, tax, depreciation and amortisation (EBITDA) was $184m, an 18 per cent improvement on the six months to December, 2020.

“After two years of lockdowns and heavy restrictions, we are now seeing the strongest indicators of a return to normalcy,” Mr Turner said.

“Borders are now generally open and some governments, particularly in Europe, are starting to treat the virus as endemic.”

Through the pandemic Mr Turner said he took heart because the company is not reliant on any one country or sector. Flight Centre’s South Africa and United Arab Emirates businesses were profitable during the first half.

Flight Centre recorded strong sales growth during the first half with total transaction values increasing 113 per cent to $3.3bn compared to the previous period.

While there were sales spikes in August and September following the Delta variant spike, demand softened by December courtesy of omicron.

On the corporate travel front Flight Centre said activity is increasing in the northern hemisphere given the strong month on month growth in the UK and the Americas.

“Growth has been bolstered by the return of several companies that have reinstated their travel programs this month after pausing those programs during the height of the pandemic,” Flight Centre said.

In Western Australian recent news of the impending reopening of the border led to a 200 per cent increase in searches for flights to and from the state on each of the three days after the February 18 announcement.

However it will not be all smooth sailing for Flight Centre with several airlines flagging reductions in agency commission payments which are a key source of Flight Centre’s revenue.

Mr Turner told The Australian that discussions are underway with these airlines, with a view to adjusting back end margins or pursuing a number of other strategies, to offset the impacts of any commission loss as Flight Centre has generally been able to do in the past.

“We are expecting globally our major airlines will come down below 1 per cent on margins.

“While we are get a margin from airlines we are getting much better margins from hotels and other land products such as touring.”

On other fronts Mr Turner conceded the Ukraine situation may impact the pace of recovery if it escalates significantly.

“We won’t have too much company tax to pay for a number of years … we would hope that small dividends will be payable in the next financial year.”