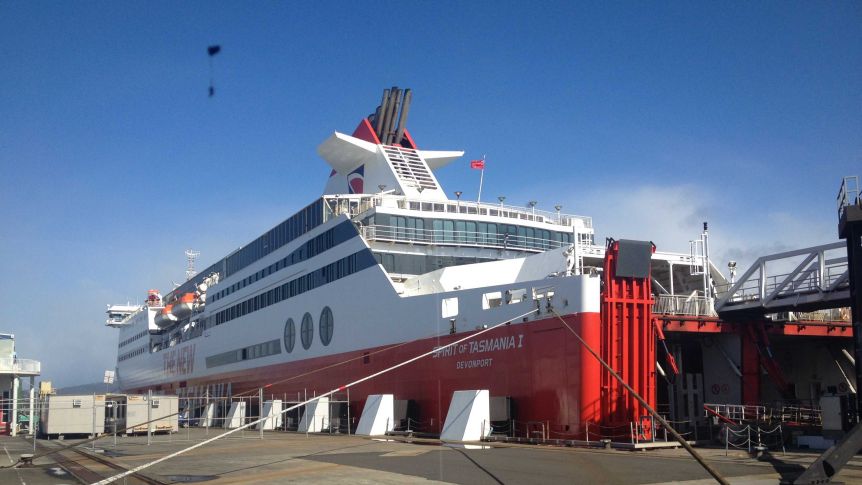 The Spirit of Tasmania ferry service has announced it will move its Victorian port from Station Pier in Port Melbourne, to Corio Quay, north of Geelong.

The company began operating in 1985 and between the two ferries it conducts about 800 sailings per year.

TT-Line Chairman Mike Grainger said the “move to Geelong provided the company with a unique opportunity to enhance the passenger experience”.

“[It will] provide room to expand our freight offering in line with the demand for many years to come,” he said.

“Our operations are often negatively impacted by significant congestion in the greater Port of Melbourne area, particularly when cruise ships are in port.

“That in turn causes delays in loading and discharge of passengers.”

The Corio Quay port base is about 70 kilometres south-west of Port Melbourne, roughly an hour’s drive from the capital city.

He said passenger feedback had been key in making the decision.

“Independent research of our passengers identified three key elements that support a move to Geelong,” he said.

“A location that was easy to get to, ease of check in procedures and a lack of traffic getting to and from the terminal.

“The Corio Quay solution addresses those three areas and alleviates all of the current operational constraints that exists at Station Pier.”

The changed journey is not expected to add any time to the trip and the company said it was anticipating “time savings” due to greater efficiencies at the new port.

Mr Grainger also said a new port base at Geelong was expected to “lead to increased passenger growth” that would benefit Tasmania’s tourism industry.

“It future-proofs the service over coming decades, sets up the state for the next 50 years, but it also allows for an increase in freight movements across Bass Strait for our primary producers,” he said.

“Our current site is space-constrained, there’s minimal freight-holding areas, and there are massive traffic congestion issues affecting the ability for tourists to board the vessels.”

Mr Ferguson played down suggestions tourists to Victoria may be inconvenienced by the extra distance to Melbourne.

Mr Ferguson said that while he couldn’t go into specific figures about the cost of the lease compared to the current arrangement with Station Pier, there was a “very significant difference”.

“We’re going to a much better facility for a much less comparative cost,” Mr Ferguson said.

“The reality is we’re getting ships designed to meet Tasmania’s capacity needs towards 2050, and Station Pier is, at best, 1950s infrastructure.

“Obviously its going to mean some changes for our traditional visitor markets around Melbourne, and these will need to be worked through.

“But this site is on the doorstep of Melbourne’s western growth corridor, with enormous population growth projected over coming decades, and it is going to be much more accessible to visitors from regional Victoria, NSW and South Australia.”

The decision has also met with the approval of the Caravan Industry Association of Australia, which said it “demonstrated excellent forward thinking”.

“This move will not only help to ease the congestion in streets of inner-city Melbourne, it also provides a new gateway, connecting those departing Tasmania to visit Great Ocean Road or to quickly get on the road to other destinations,” it said in a statement.

The ABC reported last month that the company was looking at alternatives to the Melbourne-based port, after an attempted price hike from the Victorian Ports Corporation.

At the time, Premier Peter Gutwein accused the operators of “price gouging”.

“It is very, very important we have a cost-effective dock,” Mr Gutwein said.

“[The operators of Station Pier] want to price gouge. They are looking to take every last cent they possibly can from Tasmanian businesses and customers.”

Mr Grainger would not be drawn in on the debate, but said “the new arrangement that we had with Geelong Ports will be financially advantageous to it”.

“There was no animosity between us and Vic Ports. Station Pier has been a very good home to us over the years and it’s worked well, but quite frankly we’ve just outgrown it,” he said.

It is not known exactly when the company will make the move — the lease at Station Pier expires in 2022 and the company’s chairman said it would be “look to be moving into the new quay prior to that time”.

The company said it had negotiated a 30-year deal.