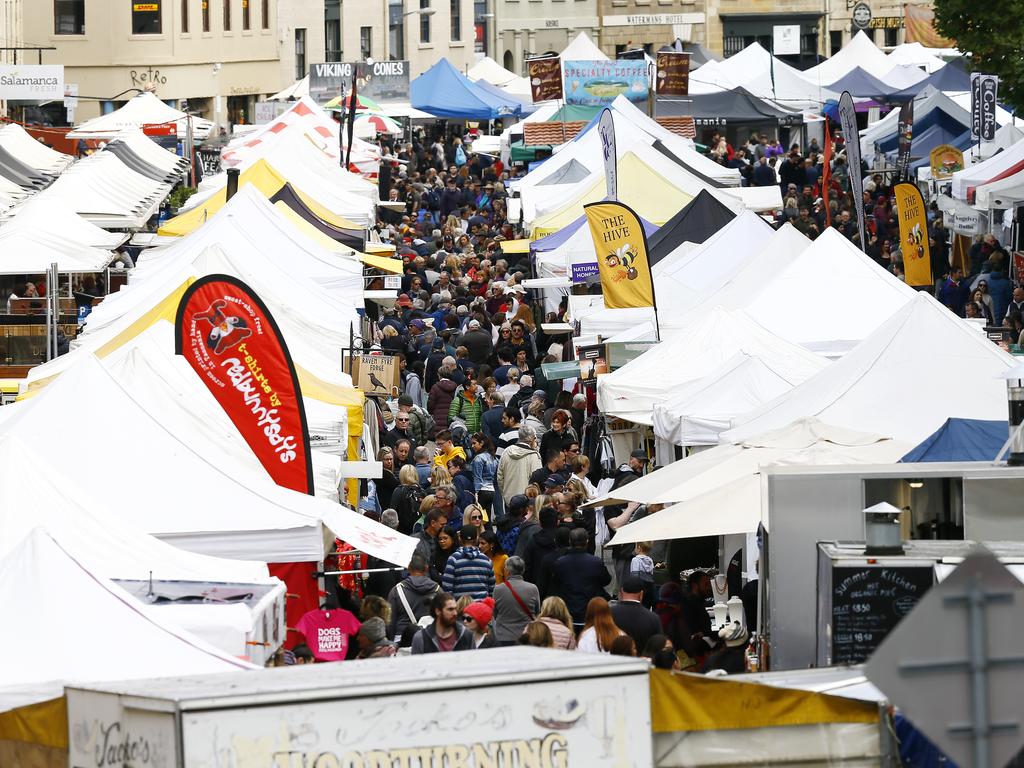 Salamanca Market stallholders are hoping that the call to abolish capacity limits at Blundstone Arena on Public Health advice,  should pave the way for crowd caps to be removed for the markets as well.

The market has a current capacity at any given time of 5000 people and visitors must wear masks while within the confines of the event.

Related Customer Service: Price of a cup of coffee set to rise

Related Tasmania: Party in the Apocalypse, pushed back

A DECISION for of the state’s biggest sporting venues to return to full capacity should pave the way for crowd caps to be removed at Salamanca Market, stallholders say.

The market has a current capacity at any given time of 5000 people and visitors must wear masks while within the confines of the event.

But a call to abolish capacity limits at Blundstone Arena on Public Health advice – amid a state government push for Hobart to host the fifth Ashes Test – has market traders calling for the same benefit to be extended to them.

“Given the borders are opening and given other venues are now seeing their capacity increased, there is absolutely no reason why there should be any restriction on the number of people visiting the market. Ms Hope said market stallholders were not asking for special treatment, but the same treatment offered to other large events.

“Our capacity was recently lifted from 4000 to 5000 but that will not be enough to alleviate the expected lines over summer,” she said.

“The last thing we want is visitors queuing for an hour then giving up and leaving when they could be supporting local businesses.

“The government and Public Health have done a fantastic job keeping Tasmania safe during the Covid outbreak, but as border restrictions ease and crowds increase, we are urging the government to be fair and consistent.”

On Tuesday, Premier Peter Gutwein announced that the maximum patron limit at Blundstone Arena would now be close to 14,000 – an increase of 35 per cent on the previous restrictions.

Under Public Health guidelines designed to minimise the risk of Covid-19 spreading, restrictions on large gatherings in Tasmania have been in place for many months.

Meanwhile, the City of Hobart is set to determine in coming days whether the Salamanca Market can go ahead on Boxing Day this year.

Given Christmas Day falls on a Saturday in 2021, discussions have been ongoing between council and the stallholders association.

The council last week launched a call-out for volunteers, of which about 60 are required to ensure the market is run in a Covid-safe way.

City of Hobart chief executive Kelly Grigsby last week said there were about 200 market volunteers on the council’s roster, but only a handful had said they were available on Boxing Day.

Traders say a Boxing Day market, just 11 days after state borders fully reopen, would likely be their most lucrative since the start of the pandemic.

SALAMANCA Market stallholders are pleading with the council to ensure the tourist drawcard can go ahead on Boxing Day, in what would likely be traders’ most lucrative day of the year.

This year, Christmas Day falls on a Saturday, meaning it is up to stallholders and the council to negotiate whether or not it could be staged the following day.

A recent email from council to stallholders broke the news that a market would not be held on Boxing Day, citing an inability to staff the market with council crew and volunteers.

But after discussions with the stallholders association, council has now put a call-out for volunteers – 60 are required for each market day to meet Covid-safe requirements.

Salamanca Market Stallholder Association president Emma Hope said 130 stallholders wanted to trade on the day, which was expected to be busy due to the Boxing Day sales and being less than two weeks after the state’s borders reopen.

If the market does proceed, it would provide a welcome relief for stallholders after many months of difficult trading conditions. For many, it is their primary income. 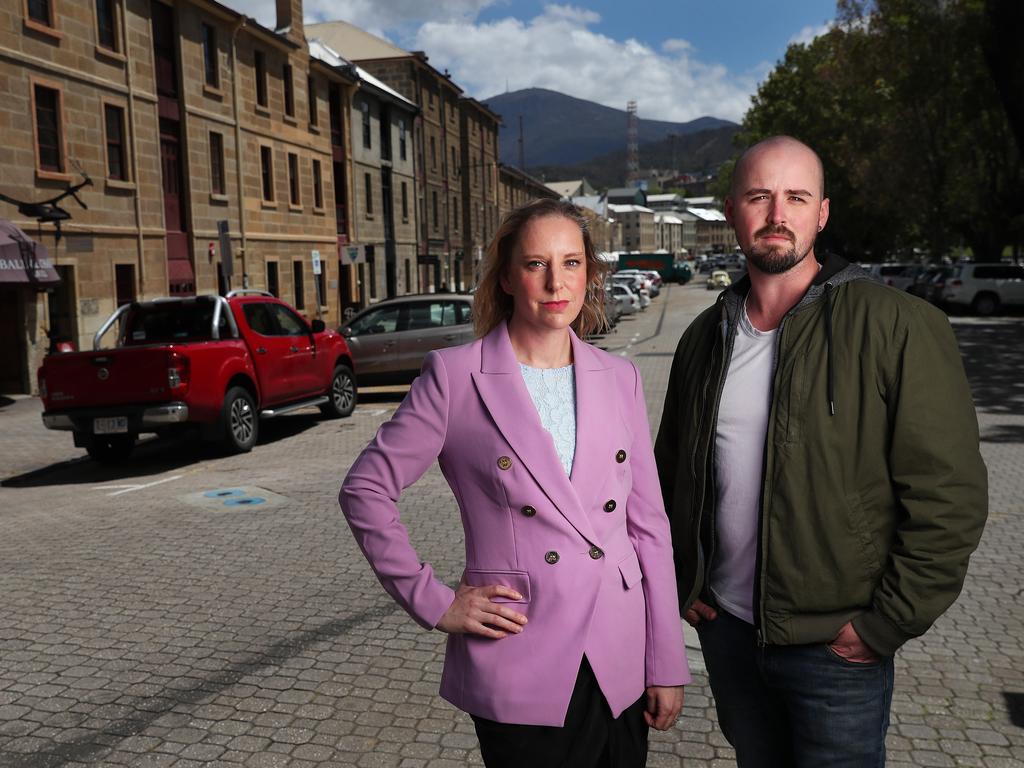 “So many stallholders have barely hung on, struggling to break even let alone make a profit,” Ms Hope said.

“This was a chance to recoup some of the losses we’ve faced over the past two years with the market being completely closed then enduring a significant downturn in trade.”

Ms Hope, a long-time stallholder, said the Salamanca Market licence agreement stated when Christmas Day falls on a Saturday, the market would be held on Boxing Day.

“Because we are currently trading under an abridged ‘Tasmania’s Own Market’ licence, council have the ability to decide when and if the market runs,” she said.

City of Hobart chief executive Kelly Grigsby said there were about 200 market volunteers on the council’s roster, but only a handful had indicated they were available on Boxing Day.

“After a huge year helping to keep the market operating and protect stallholders and patrons, our volunteers deserve to have some time off over Christmas,” Ms Grigsby said.

“To fill this void, we’re putting the call out for new volunteers who are keen to undergo the training and make the Boxing Day market happen.

“Without enough volunteers to adequately meet requirements, we would not only be putting the public at risk, but also failing to meet our legal obligations as the market owner.” Ms Hope said stallholders were keen to work with council to find enough volunteers to staff the market.

“I’m sure every one of the 130 stallholders keen to trade could rope in a family member or friend to volunteer for Boxing Day,” she said.

Prospective volunteers must meet certain criteria and be at least 18 years of age.

Anyone interested can apply via a form at www.salamancamarket.com.au, with applications required to be lodged by close of business on December 8 to allow time for induction and training.