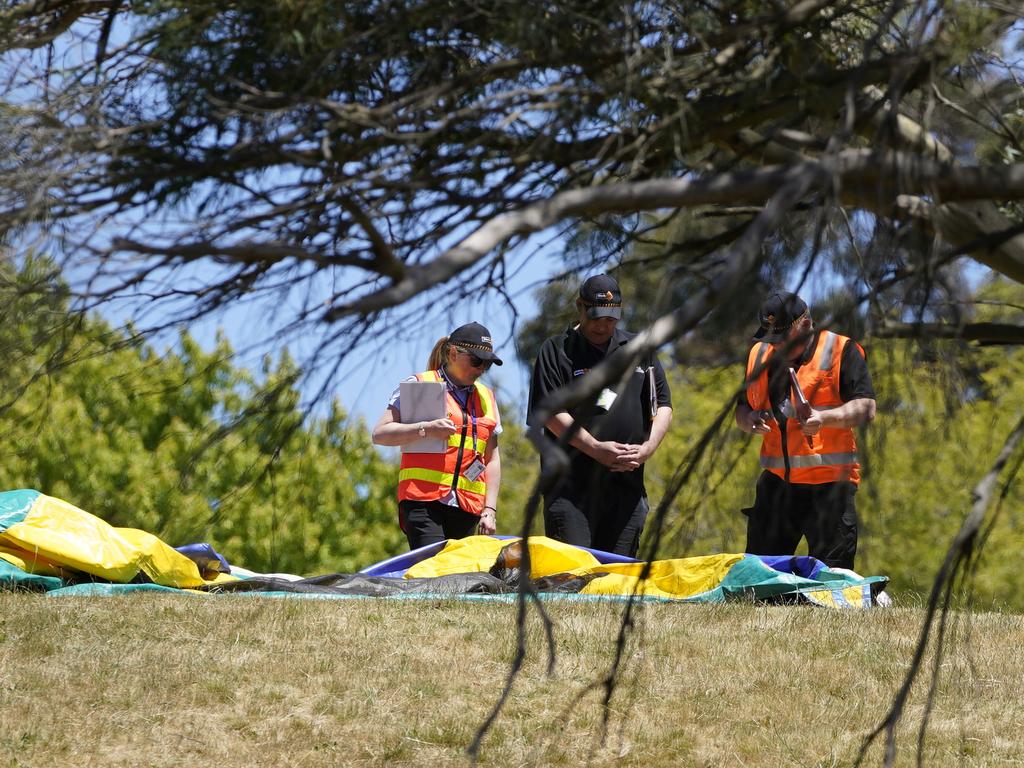 Tragedy has hit the Hillcrest Primary School in Devonport, after a horror jumping castle accident that has claimed the lives of Four children and 4 more critically injured.

The tragedy comes on a day when the children were celebrating the end of the school year.

Tasmania Police Commissioner Darren Hine said “On a day when these children were meant to be celebrating their last day of primary school, instead we’re all mourning their loss,”

“Our hearts are breaking for the families and the loves ones, schoolmates, teachers of these young people who were taken too soon.”

It is still unknown how the tragedy happened, but police are investigating.

Counselling and support are being offered to all those affected by the incident.

A Go Fund Me page has been set up to support impacted parents, raising more than $10,000 within two hours of its launching and is at $47,000 at the time of publishing.

All funds will go to the families of the children who were tragically killed and injured to not only support them but provide them with much needed gifts in this time of such sadness.

Related Community: The top cafes to open in Brisbane in 2021

Four children are dead and some of their school mates are critically injured after a horror jumping castle accident in Tasmania.

The tragic chaos unfolded at Hillcrest Primary School in Devonport around 10am Thursday.

The children killed were grade five and six students celebrating the end of the school year.

Four other children are in a critical condition and one has been seriously hurt.

Those among the dead include two boys and two girls who were grade six students at the primary school.

“On a day when these children were meant to be celebrating their last day of primary school, instead we’re all mourning their loss,” Tasmania Police Commissioner Darren Hine said.

“Our hearts are breaking for the families and the loves ones, school mates, teachers of these young people who were taken too soon.

“Our thoughts are also with those emergency service personnel who attend to try and save these people’s lives.” “What has occurred today is a tragedy and there are no words that I can give that will take away the grief that those impacted families are feeling right now,” he said.

Support has been put in place for the school community, including school counsellors and chaplains for use over the holiday period.

It’s unknown at this stage how many children were on the ride at the time, or how the freak accident occurred, with those questions to be investigated and passed onto the coroner.

The injuries of the five remaining children in hospital is also unknown, but they have been receiving the best medical care in the state.

Commander Debbie Williams earlier confirmed the castle had blown 10 metres into the air, before the children were thrown to the ground.

“This is a very tragic event and our thoughts are with the families and the wider school community, and also our first responders,” she said.

“There is no doubt that this has been a very confronting and distressing scene.

“Counselling is being made available to the families affected by this in the school community along with the first responders.”

Earlier, two rescue helicopters and multiple ambulances were sent to the scene.

A young schoolboy who witnessed the horrific incident said he narrowly missed out on getting on the ride.

“It was our turn next,” he told The Mercury. Heartbroken police officers comforted each other at the scene. Picture: ABC News

In the hours that followed the tragedy, stressed parents were reportedly forced to wait anxiously at the school gates with no information on whether their children had been injured.

While it was reported that parents had been contacted to collect their children as soon as possible, some took to social media panicked about being kept in the dark.

One mum wrote on Facebook that she had arrived at the school at about 11.30am but she and other parents were not being allowed in.

“I’m here now they won’t let us in, it was (child’s name) grade but no one knows who was hurt yet,” she wrote. “I have a friend with children there and he hasn’t heard anything yet,” said another. 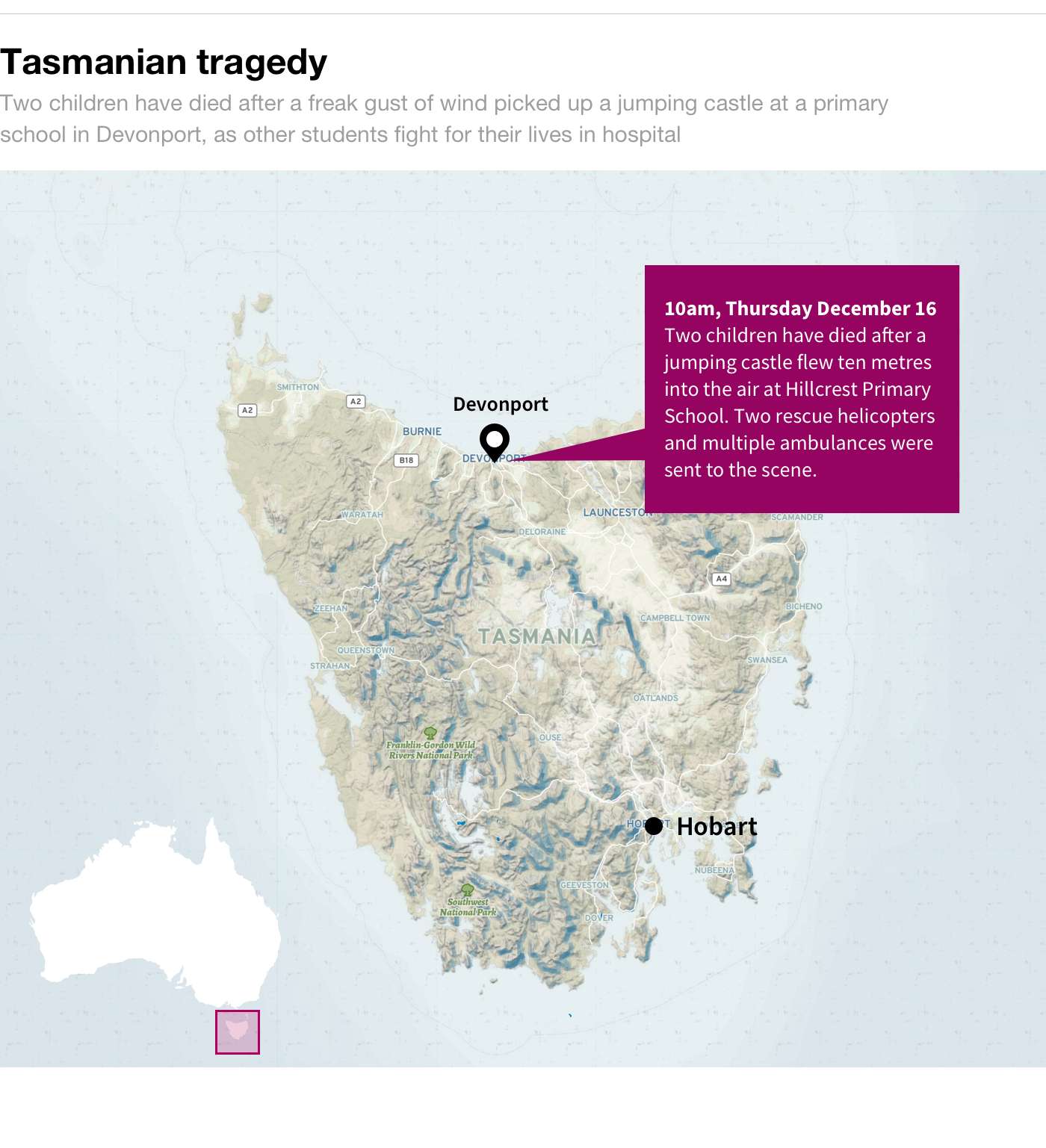 Other parents were angry that details of the traumatic event emerged in media reports before parents had been informed.

“Shame it was spread all over the media before the school had time to contact parents. Thinking of all involved,” one said in a Facebook comment.

“That would have been hard to see if you were a parent,” another said.

A mum whose child attends a different school drove to Hillcrest to support a friend, but arrived to what she recalled a “horrific” scene.

“I went there because a friend was upset trying to figure out if their kids were OK before she got there and it was just horrific,” she wrote in a comment. Prime Minister Scott Morrison said the terrible tragedy was “just shattering”.

“It is just unthinkably heartbreaking. Young children on a fun day out, together with their families and it turns to such a horrific tragedy, at this time of year, it just breaks your heart,” he said.

“And I just want to say, on behalf of all Australians – to the parents and families and friends, all who were there, to the other young children there and witnessing these events, I just pray you‘ll have great family around you and great friends and you can come through this horrific tragedy.”

A Go Fund Me page set up to support impacted parents was set up on Thursday afternoon, raising more than $10,000 within two hours of it launching.

The fund’s organiser, a local girl called Zoe Smith, said she was moved by the tragedy and wanted to support the families through Christmas.

All funds will go to the families of the children who were tragically killed and injured too not only support them but provide them with much needed gifts in this time of such sadness.

Mr Morrison has spoken to Tasmanian Premier Peter Gutwein and promised to provide whatever support is necessary. 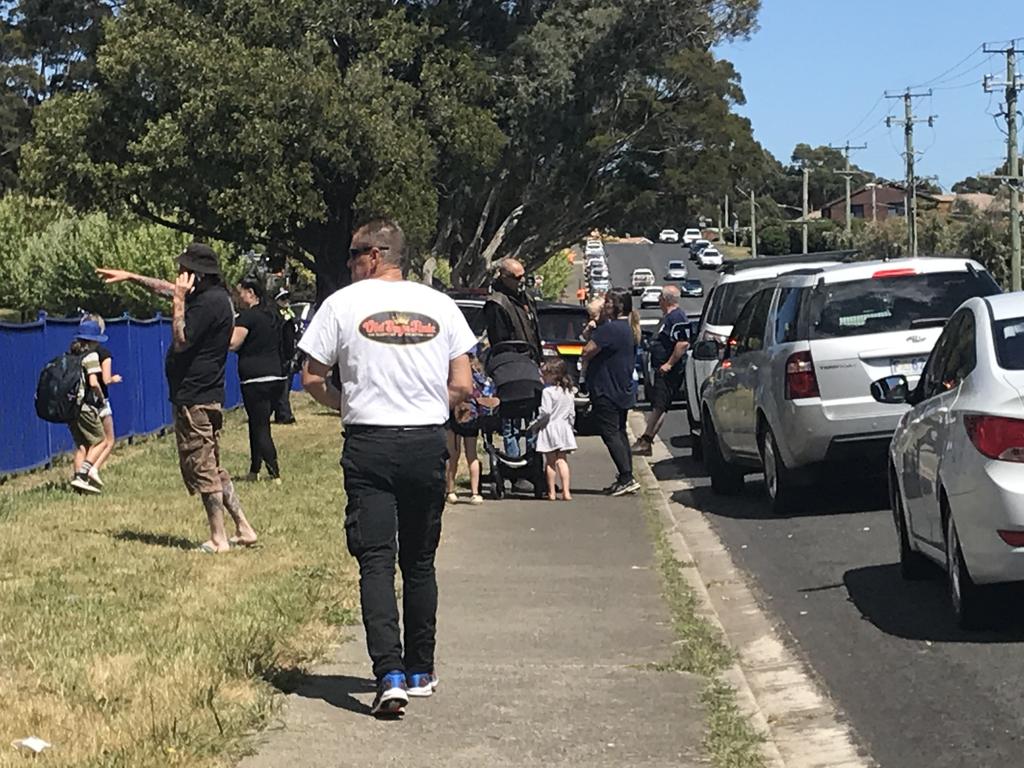 “I’ve been made aware of an incident at Hillcrest Primary School involving a jumping castle which got away in high winds,” Mr Gutwein said.

“I understand there are serious injuries involved.

“As further information comes to hand we will provide it, but as this involves a primary school my thoughts are with the people involved and the parents.” 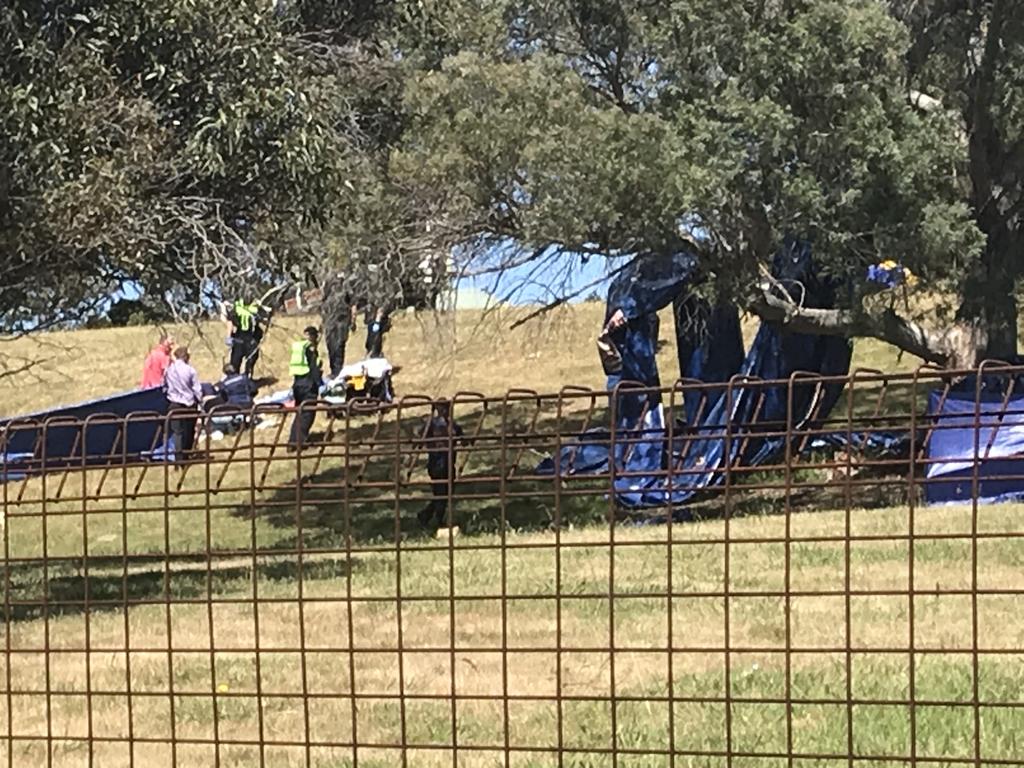 The school on social media asked parents to collect their children ‘as a matter of urgency’. Picture: Helen Kempton