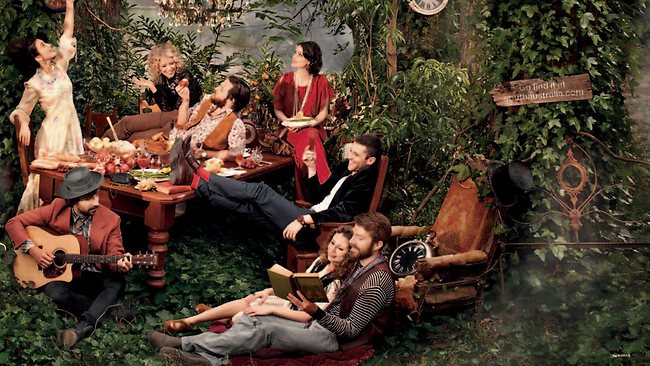 THE Adelaide Hills will be marketed as a destination where visitors can enter a world of imagination, romance and escape.

The new campaign, to be launched today, is part of an SA Tourism Commission drive to encourage more South Australians to travel within the state.

The second phase of the Best Backyard campaign showcases 11 regions around the state.

It is the first time the Commission has highlighted individual regions within one larger campaign and builds on last year’s successful Best Backyard ads which prompted a 25 per cent increase in South Australians recommending a holiday in SA to interstate friends or their relatives.

Future advertisements will focus on the Fleurieu Peninsula, Barossa Valley and Kangaroo Island but the details are still in development.

Tourism Minister Gail Gago said the Adelaide Hills campaign, which will be seen first in The Adelaide* Magazine today, features three themes enticing visitors to enter “the land of long lunches”, “a land of curious creatures” and “a land of plentiful pickings”.

“Driving through the Heysen tunnels is like entering another world, even though it’s just 20 minutes from the heart of Adelaide CBD,” Ms Gago said.

“You can arrive in a place where you can pick your own strawberries, lunch for hours in a vineyard, get up close and personal to our beautiful wildlife or meander along beautiful trails.”

Other parts of the state to already feature in the 11-part campaign include:

FLINDERS Ranges, where visitors to the landscape can “get some perspective”.

EYRE Peninsula, marketed as “a little bit scary but a whole lot of fun” with a focus on seafood and aquatic experiences in the region.

YORKE Peninsula, where visitors can slip into “shack mode” and relax.

MURRAY River, Lakes and Coorong, where visitors can “play and pause” in the water playground.

CLARE Valley, where tourists can “hide away from the world” at intimate boutique accommodation.

Ms Gago said the campaigns highlighted the “real essence of each place”.

The Adelaide Hills campaign will run until the end of June next year.