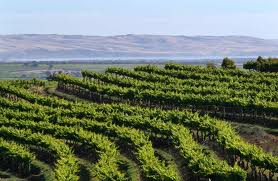 THE McLaren Vale community and wine industry has welcomed the passing of legislation protecting the region from urban sprawl.

The McLaren Vale Protection Bill, which restricts building on rural land, was passed through Parliament last week after five years of lobbying from the community.

“I think it’s important for McLaren Vale and it gives us great security for the future of the region,” Mr Ali said.

“Because we’ve now protected the areas, it’s a great opportunity for people to come into McLaren Vale and see the vineyards and the produce through here, rather than urban sprawl gobbling up all the historic sites.”

“It sets in concrete the protection of our industry long-term and provides a balance in the region so there’s a good amount of green versus housing,” Mr Parkinson said.

Southern Community Coalition chair Stephanie Johnston, who has lobbied for the legislation for the past five years, said she hoped the tourism scheme would be added to complement the legislation.

“It is all about food, wine and tourism and no more housing subdivisions,” Ms Johnston said.

The McLaren Vale Protection Bill aims to protect the region’s agriculture and viticulture by preventing urban development across about 40,000ha from Sellicks Beach to Cherry Gardens. Onkaparinga Mayor Lorraine Rosenberg said the Bill was “a long time coming”.

Planning Minister John Rau said passing the Bill was an important moment in history. “A line in the sand has now been drawn on Adelaide’s urban sprawl,” Mr Rau said.

For more news on the south, pick up a copy of the Southern Times Messenger, read our digital edition online, or become a fan of our Facebook page.