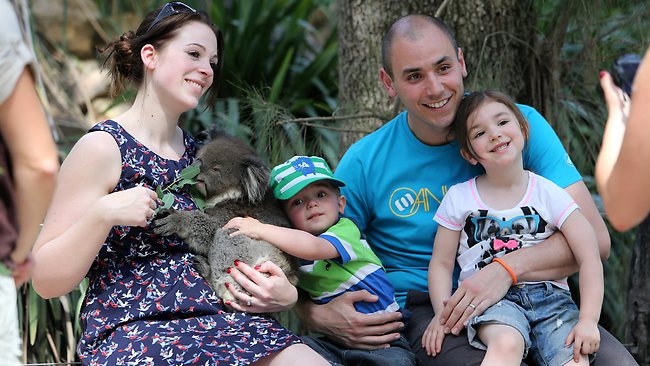 GLENELG’S golden sands and the Hills’ koalas will be broadcast to millions of UK viewers later this year as part of a high-rating BBC reality show.

Victor Harbor will also form part of the backdrop for an episode of Wanted Down Under, a reality television program which follows families and individuals deciding whether to emigrate to Australia.

The show airs every weeknight and attracts 1.5-1.8 million viewers.

Mr Randle, a PE teacher and sports co-ordinator in the UK, is considering emigrating to Australia with his wife Gemma and their two children.

“I live in Birmingham, the UK’s second-largest city after London, and in comparison to here, it is very built-up,” he said.”We are loving the open spaces and obviously the weather is a lot better than what we have at home.”He said visiting Glenelg was one of the trip’s highlights.”The coastline is just gorgeous, the golden sands and the sea; I’ve never seen such crystal-blue water before,” Mr Randle said.The family flew home yesterday, after their week-long visit.

The episode of Wanted Down Under featuring the Randles will be shown in the UK later this year.