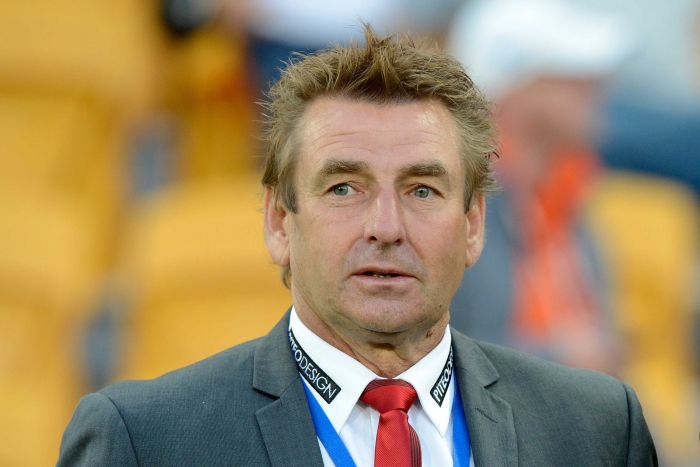 Adelaide United chairman Greg Griffin said he was shocked coach John Kosmina announced to the public he was quitting the Reds before informing the club.

Griffin said he received an email from Kosmina on Monday morning after the decision had already been made public.

Kosmina released a statement to the Football Australia website announcing he was leaving the club immediately claiming a lack of trust had prompted his decision.

“That came as a complete surprise to me,” Griffin told reporters on Monday.

“The club was quite frankly amazed.’

The chairman said the club board met following Kosmina’s announcement appointing assistant Michael Valkanis as interim coach and he rejected Kosmina’s claim there was a lack of trust.

Kosmina announced his resignation after the team had slipped from second to fourth spot in the A-League.

“After careful deliberation and with absolutely no regret I announce my resignation as head coach of the Adelaide United Football Club,” Kosmina said in his statement.

“When I was approached by (chairman) Greg Griffin on December 17, 2011, to take over from Rini Coolen, I accepted the job with an open mind and open heart.

“There is a big space in my heart for the club I helped set up almost 10 years ago. I was, and still am, proud of what was achieved, and the culture that was put in place in those early years.

“When I was verbally offered an extension to the end of this season in March, 2012, I accepted on a handshake because I felt we could be successful.

“I mentioned at the time that for me clubs were all about people and about trust, and if you can’t trust a handshake then what is the point of a contract. I believed the club had some sort of direction.

“Fast forward 10 months, and we come to this. Before last weekend we had been first or second in the league and were recognised as a good football team. However, apart from survival, I can see no clear direction. There is no vision. Decision-making at management level is reactive and impulsive at best, and there is no consistency in managerial procedure.

“There is far too much whispering in corridors and around corners … I simply cannot, and will not, work in an environment which otherwise lacks trust.

“The playing group is good. I believe I put a squad together that can be successful, and I believe it will be. They are a good bunch of guys and I wish them success.

“Where I go from here, I’m not sure. I’ll see which way the wind is blowing. I was digging in the back garden when Griffin rang me a year ago – now I have some time to go back and finish it off.”

Salary review was due

The decision ends Kosmina’s second stint with United – he was the club’s inaugural coach in 2003, but he was sacked in 2007.

Griffin said the board was due to meet on February 12 to discuss Kosmina’s request for a two-year term on a higher salary.

“As far as we were concerned, we had a process in place that he agreed with and took no issue with.”

Griffin concedes the timing is particularly bad, with the Reds next two games against Western Sydney Wanderers and Melbourne Victory, second and third on the ladder respectively. 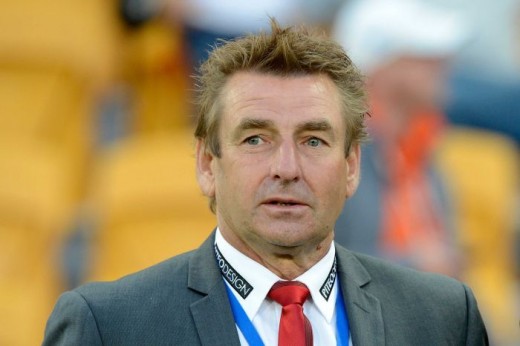 n more than $400,000 to settle a dispute relating to his dismissal as senior coach in December 2011 before Kosmina was reappointed.

Griffin says there is no truth to rumours the club was preparing to replace Kosmina with Valkanis.