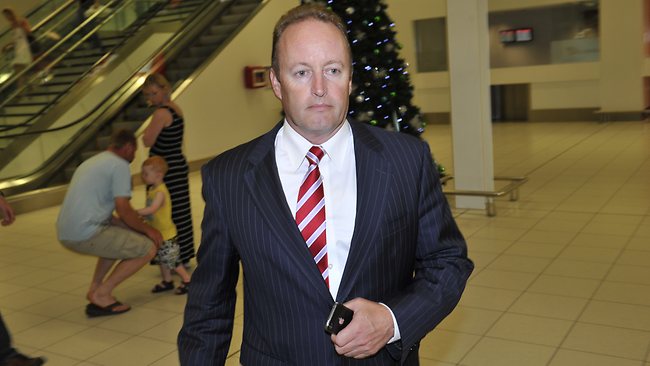 CROWS fans have rallied behind the embattled club over the Kurt Tippett salary cap scandal, signing on in near-record numbers.

While some members have contacted the club to express their anger and disappointment after it was found guilty of salary cap cheating and draft tampering, most have flooded the club with support.

Adelaide sold 636 memberships on Monday – “our ticket people can’t remember the last time we sold more than 400 in a day,” said chairman Rob Chapman – and more than 1000 in the past two days.

Chapman described the membership response as “overwhelming” and “a good sign” that the worst was behind the club.

“The flood of support from our members and supporters has been very encouraging, amazing in fact,” Chapman said.

“Our switchboard has been inundated with calls, our fans have shown their loyalty to the club and we are very appreciative of their support.

“They are clearly understanding of a complex, unusual situation and while we don’t condone getting ourselves into the position we did – it was wrong – we are thankful our supporters have stood by us.”

While Adelaide has copped plenty of criticism for retaining chief executive Steven Trigg after he was suspended for six months by the AFL for his involvement in the Tippett affair, Chapman said the club’s corporate sponsors had been unified in their support of him.Our switchboard has been inundated with calls, our fans have shown their loyalty to the club

Sponsorships were strong for next year, he said.

“There has been overwhelming support for Steven in the past five weeks,” Chapman said.

“People who know Triggy and are able to put a personality to the face are understanding of the situation. They know Steven made a mistake but that it was an isolated one.

“He is a very good chief executive who should not be hung for one offence.

“People who don’t know him are asking a lot of questions.”

Chapman said that while he had been buoyed by supporter response, the club still had a lot of work to do to regain the respect of all of its supporters and the football public.

He said he and fellow board members would continue to field calls to explain how the club got itself into such a predicament over Tippett’s now infamous contract.

“There are some angry people and we understand that,” he said.

“As chairman, I, and our board will talk to members and do our best to explain the situation. We know we’ve still got some work to do there.”