Rooftop bar atop an icon in Adelaide City: proposal 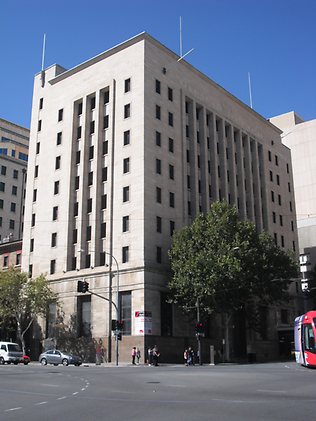 A ROOFTOP bar would crown a proposed $10.5 million refurbishment of the former Westpac building on the corner of North Tce and King William St.

The Duxton Group wants to convert the ground floor and mezzanine of the vacant, state heritage-listed building for retail while retaining levels one to seven for offices.

The previous owners of the building, on the corner of North Tce and King William St, had proposed turning it into a hotel.

The DAP will also consider plans from Tangcheng Developments for a $45 million mixed used development at 231-245 Waymouth St, west of Light Square.

The proposal includes a three-level “podium” with two towers rising above it.

The ground floor of the podium would house a hotel lobby, lounge and bar, and seven retail outlets, below two floors of offices.

Above the podium would be a 15-storey residential building with 106 apartments and a seven-storey hotel with 74 rooms.

The DAP can make recommendations but planning approval for both the North Tce and Waymouth St developments would ultimately need to come from the Development Assessment Commission, as they are valued at more than $10 million.