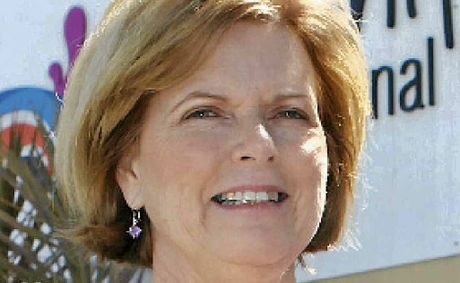 AMBITIOUS plans to develop the Shute Harbour Marina in the Whitsundays will finally go to the people this weekend.

It would create 107 jobs during construction plus another 245 once it opens.

There would be six weeks of discussions on the “supplementary environmental impact statement” – an updated document showing what it will mean for the Airlie Beach region and surrounds.

The application for the project was first lodged in June 2006.

“It will provide a stronger community heart for Shutehaven residents and a broader range of facilities for visitors to Shute Harbour,” Mr Seeney said.

Those wanting to have a say, can read the report online at dsdip.qld.gov.au/shute-harbour-marina.

WHITSUNDAY region ratepayers will start paying extra to fund the council’s $20 million budget shortfall as early as next financial year.

Whitsunday Mayor Jennifer Whitney announced yesterday that the council was proposing a “major projects levy” of about $140 a year for each of the region’s 17,524 rateable properties.

The levy will be used to fund increased borrowings as the beleaguered Whitsunday Regional Council (WRC) attempts to overcome its financial woes. The council has placed the blame for the shortfall on financial mismanagement of National Disaster Relief Recovery Arrangements by the previous administration, as well as a $3 million blow-out in costs for the Airlie Beach Main Street project. The Crime and Misconduct Commission has confirmed it is assessing a complaint of official misconduct against WRC.

“We know that conditions in our local economy are tough and we examined every other option before making the difficult decision to introduce this charge,” Cr Whitney said.

She said the levy would be reviewed in the lead-up to the 2014-15 financial year, and said the council had reduced costs wherever possible, implemented a freeze on all capital works projects and introduced an approval limit on all expenditure by the CEO.

“Council is also implementing a land and asset sale review program,” she said.

Neither the mayor, nor chief executive officer Scott Waters has confirmed what assets might be sold or what capital works might no longer be delivered.

However, Mr Waters confirmed the Airlie main street and water and sewerage plants would still go ahead.

Local Government Minister David Crisafulli congratulated WRC for addressing the challenge. “There’s no doubt there’s a huge mountain to climb but the fact Council has been so transparent and willing to make the tough decisions augurs well for their success,” he said.

Meanwhile, Member for Whitsunday Jason Costigan said the previous council was to blame for WRC’s financial situation. “Council is between a rock and a hard place,” he said.

The Daily Mercury attempted to contact former WRC mayor Mike Brunker, however, he did not return calls prior to deadline. 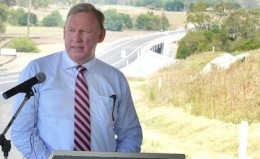