Tourism data shows QLD 2013 on the up and up 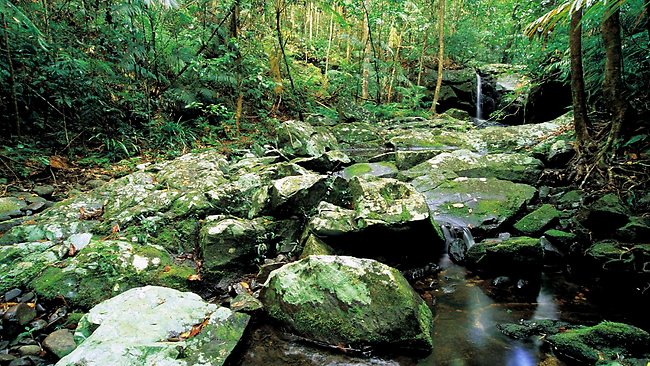 QUEENSLAND is poised for a bumper year in tourism, with new data showing the state’s visitor numbers are now higher than pre-2011 flood levels.

The Australian Bureau of Statistics points to a 7.5 per cent rise in overseas visitors to Queensland in November over the same period in 2011.

Encouragingly, the result was a 2 per cent rise on the same time in 2010.

Queensland Tourism Industry Council chief executive Daniel Gschwind said not only were foreign visitor numbers back higher than before the 2011 natural disasters, but e the state was also having a “very good summer season” in both domestic and international markets.

“I think we are back on track,” he said. “There are many Australians who are giving Queensland destinations another look. The appetite for going overseas is still strong and that’s understandable with the dollar, but we do see a resurgence in the domestic market and that’s a good sign.”

Mr Gschwind said the state’s tourism operators, particularly in north and southeast Queensland, were preparing for a major influx of tourists for Chinese New Year celebrations in February.

“The Chinese market has grown exceptionally strong over recent years so with additional flights on now we expect Chinese New Year to be even stronger than previous years,” he said.

Mr Gschwind said more than 1000 tourism operators had been assisted through state, federal and industry programs to get back on their feet post-2011.

“The floods, cyclone and prolonged weather conditions had a very negative impact on us. It really, really pushed many businesses to the brink at the time. Many had to really hang on for dear life. Since then there has been a steady improvement.”

Overall visitor numbers to Australia were up nearly 4 per cent in the year to more than six million, international arrival and departure figures show.

The biggest rises continued to come from Asia with Chinese visitor numbers growing nearly 16 per cent in the year to November, with Taiwan’s rising 12 per cent and Malaysia’s 9 per cent.

Traditional European markets such as the UK and Germany fell slightly.

“China continues to be a stand-out, with continued double-digit growth, but it’s also really pleasing to see continued recovery in traditional markets like Japan and especially the US, where Team Australia has just completed another very successful G’Day USA.”

“This on the back of last week’s exciting announcement that Ellen DeGeneres, one of America’s most well-known and influential celebrities, will be coming down in the next few months to further showcase our great country across one of our most important markets, worth more than $2 billion each year.”

Meanwhile, the number of US visitors to Australia has jumped by 4 per cent in a year in a sign that Oprah’s visit is finally paying off.

The research will come as welcome news for tourism operators involved in bringing The Ellen DeGeneres Show Down Under in March.

US visitors increased by nearly 20,000 to 475,000 in the year to November, the new Australian Bureau of Statistics figures show.

Australians also continue to travel overseas in record numbers off the back of the strong Australian dollar, with 8.18 million overseas trips over the period.

Initially, Oprah’s Australian visit was criticised for doing little to boost US tourist numbers, but Tourism Australia has been adamant that it can take years to see the results as people have to plan trips with friends or family and organise leave.

Oprah visited Australia in December, 2010, and four shows were broadcast in the US the following month before being repeated in March.

A drop in US tourists in 2011 was attributed to the global financial crisis and negative publicity surrounding natural disasters such as Cyclone Yasi and the Brisbane floods.

Last week it was announced The Ellen DeGeneres Show will come to Australia this year with help from Qantas, the NSW Government and Swisse Wellness as part of the vitamin company’s launch in the US.

An audience of around 400 for the show where the trip was announced also received free tickets for a 6-day/7-night holiday in Australia and return airfares with Qantas, to be taken any time before November.

Ellen will film segments around Melbourne and Sydney that will air in April to around 60 countries.

Qantas chief executive officer Alan Joyce pulled out of a $44 million, three-year partnership with the tourism body in November over a conflict of interest with chairman Geoff Dixon.

Mr Dixon a former Qantas CEO was linked to a consortium that is seeking to gain enough of a stake in the airline to change its strategic direction.