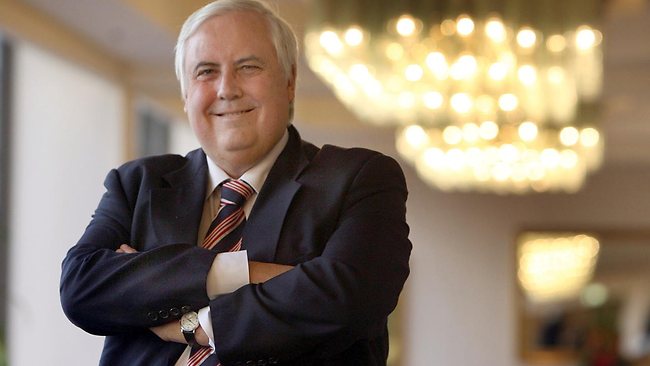 Queensland billionaire Clive Palmer has announced he is setting up a new political party and will run as a candidate at the next federal election.

He told Lateline that Australia needs a new party “to unite all Australians in a time of crisis to work together”.

“I think we need to take away the game from professional politicians who say the same thing,” he said.

“It doesn’t matter whether it’s Tony Abbott or Julia Gillard, they’ve got the same lobbyists influencing them, the same focus groups. We need to think about more what the people need.”

He says the party, named the United Australia Party, has been formed with a constitution and has applied for registration in Queensland.

It shares its name with the United Australia Party which governed Australia in the 1930s under prime ministers Joseph Lyons, Robert Menzies and Billy Hughes.

“It’s a reformation of the original party which has had three prime ministers in our history, and is a shining example of where we should go,” Mr Palmer said.

“I definitely will be running in a seat in Queensland but it would be presumptuous of me (to say what seat) – like any political party it’s got to have it’s own preselections.

“By the end of next week we’ll be announcing some of our candidates for Federal Parliament. We plan to run in 127 seats in the House of Representatives and all Senate seats.”

He says some of his policies include banning lobbyists from the party, scrapping the carbon tax retrospectively and arranging for asylum seekers to fly to Australia to seek protection.

“We think we’ve got some great ideas, we think we can contribute to the debate and hopefully we can get the support of Australians,” he said.

“It’s not reasonable to say Australians will vote for a party or their votes are locked in before the contest. Let’s have the contest, let’s have the best ideas out there, let’s let the people decide.”

Mr Palmer last year walked away from his lifetime membership of the Liberal-National Party.

Previously he had indicated he would like to run for Wayne Swan’s seat of Lilley.

He appeared set to form his own party late last year, before announcing he had decided against it.

“I was a reluctant warrior, but we’ve had overwhelming responses from people in so many states saying something has to be done to ensure that government is restored back to the electorate, rather than being run by lobbyists,” he said.