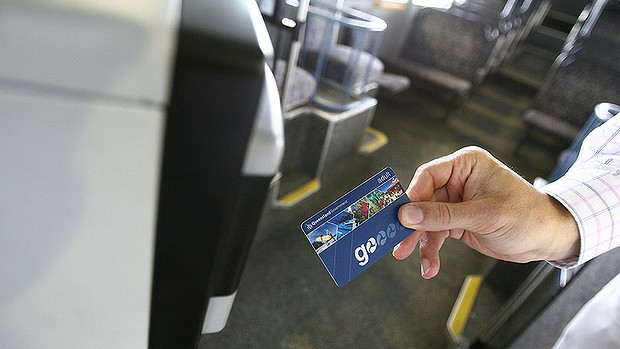 SEEQ Go Cards, which will be available from Wednesday, will allow tourists unlimited travel over three consecutive days for $79, while a five-day travel pass will cost $129.

It probably does represent reasonable value for some people, but not for others

Included in the price is a return trip to Brisbane Airport on the Airtrain, which would normally cost an adult $31, meaning an average visitor will pay about $20 a day for unlimited travel across the southeast corner.

Children’s SEEQ Go Cards will cost $40 for three days of unlimited travel and $65 for five consecutive days of travel.

Card holders will receive discounts at 70 tourist attractions, including 10 per cent off entry to Dreamworld, Whitewater World and Australia Zoo.

In London, a three-day Visitor Oyster card sets adult tourists back about $30. It is a similar price for a Paris Metro card for three days of travel in the three inner city zones.

A seven-day MyMulti3 pass in Sydney costs $60 for adults and $30 for children for unlimited travel on buses, trains and ferries, while in Melbourne a Myki visitor pack costs $14 but covers only $8 in fares.

“This is yet another part of our push to get people back on to public transport, particularly during the Christmas holiday period,” the Transport Minister, Scott Emerson, said.

“Tourists now have the option of a regular pay-as-you-travel go card with tourist information packs or they can plan ahead with the new pay-upfront unlimited travel SEEQ go card.”

Translink has long been developing a Go Card for visitors and occasional transport users but has been tight-lipped about the final product.

Robert Dow, of the commuter lobby group Rail Back on Track, said the Go Cards presented a good deal, particularly for tourists travelling from Brisbane to the Gold and Sunshine coasts.

“It probably does represent reasonable value for some people, but not for others,” he said.

“With time and market feedback, [Translink] may decide to introduce further products with various other options.”

The SEEQ Go Card will be available for purchase at locations across Brisbane, the Sunshine Coast and Gold Coast, including Brisbane Airport and Central Station.

The cards can also be pre-purchased through the TransLink website.