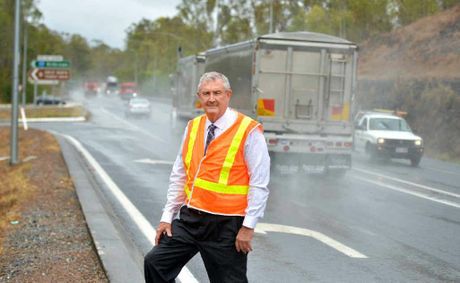 From The Sunshine Coast Daily

THE five mayors of the Wide Bay Burnett Regional Organisation of Councils will launch a campaign to try to stop the Bruce Hwy, north of Gympie, becoming the killing field the highway to the south once was.

With two fatalities between Gympie and Maryborough in fewer than two weeks, Gympie regional councillor and Gympie’s top ambulance officer Wayne Sachs called on the council to get the highway north of Gympie on the agenda of the State and Federal Governments.

“The Bruce Hwy between Gympie and Maryborough is a national disgrace,” Cr Sachs said this week.

“Once the Cooroy to Curra stretch of the proposed new highway is completed, this section of road will become even deadlier than it is now, due to the merging of separated traffic flows into non-separated carriageways.

“Drivers will continue to fall asleep, speed, drive tired and overtake where they shouldn’t. Unfortunately, governments cannot legislate against stupidity.”

Cr Sachs said that was why the Gympie and Fraser Coast Regional Councils needed to join forces with local state and federal MPs and campaign strongly for state and federal governments to start planning and allocating funding and to replace “this deadly section of highway”.

“The State Government will soon commence town hall style summits across Queensland as the government develops a new 20-year vision for the state,” Cr Sachs said. “Local input will be paramount for success.

“It will be announced within the next month as to how this will occur.”