#couscousforcomment getting revenge on ‘influencers’

In Food, Media and Communications, Queensland 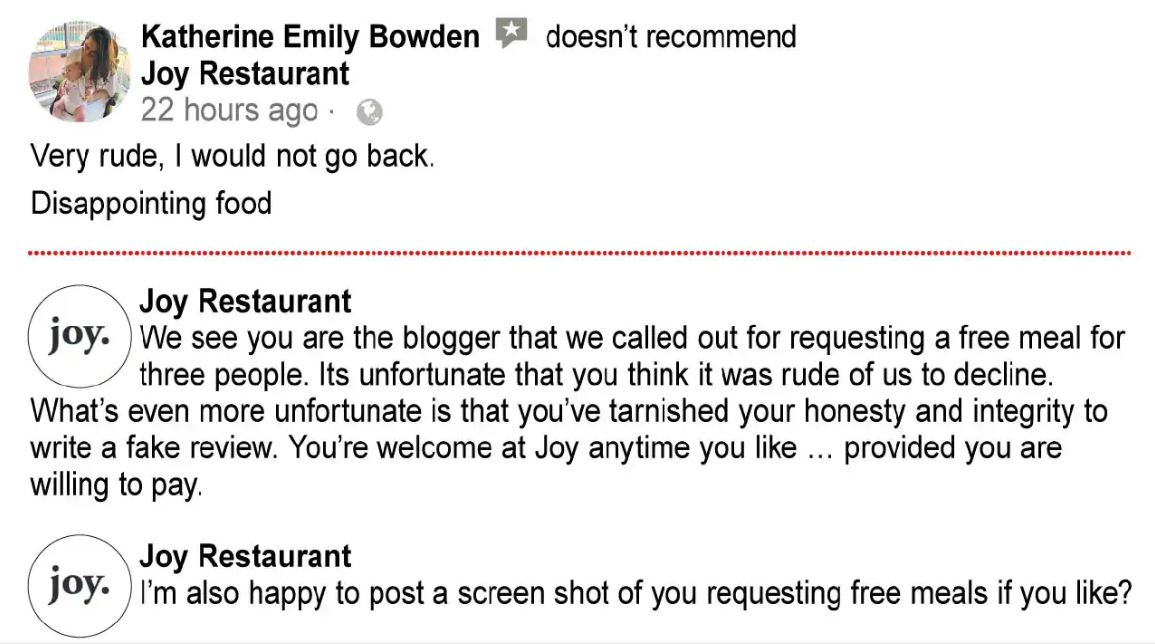 The word ‘influencer’ sends shivers down the spines of marketers and restaurateurs – but now the industries and the tax man are getting revenge.

Taxman to put influencers off their meals

Enjoy restaurants? Sick of cat ­videos and memes? Jump on Insta­gram and follow #couscousforcomment for some light relief as the restaurant industry turns the tables on the ­ultimate millennial vocation, the “influencer”.

The Facebook-owned, image-based platform is huge in restaurant land and has spawned thou­sands of influencers whose “business model” is chasing free meals in exchange for social media posts, usually on Instagram, of varying ­return on investment to the ­restaurants.

But a couple of high-profile cases have played out in social and traditional media recently, with restaurateurs telling would-be collaborators exact­ly what they think of the concept of giving away profit for dubious return.

One, in Adelaide, saw prominent chef Duncan Welgemoed engaged in an online spat with a former My Kitchen Rules contestant looking for a freebie that made its way to the front page of Adelaide’s The Advertiser.

Another in Brisbane this week resulted in a so-called influencer — spurned by a new restaurant — posting fake revenge ­“reviews” at Google Reviews. Unfortunately, many in the hospitality industry feel conflicted by incessant overtures to “collaborate” on social media exchanges for meals, asking themselves: “What happens if we don’t go along with this?”

“I don’t think you really need to respond to them,” said chef Joel Valvasori, who owns Lulu La ­Delizia restaurant in Perth’s ­Subiaco. “We ignore them; they’d just take up too much of our day otherwise.”

He described “influencer” as “a bit of a lazy vocation, trying to make a career out of nothing”, although­ he acknowledged that some businesses felt vulnerable to constant overtures for collaborations. “Personally, I’m very scep­tical about instant celebrity … and I think the whole influencer thing will pass when people cotton on to just how much fluff is out there.”

From July, such undeclared Instagram endorsements of rest­aurants, cafes, bars and pubs in return­ ­for freebies might constit­ute a tax problem.

It may be news to many influencers that in-kind receipt of goods and services is taxable, but tax lawyer Chris Davis, of Mc­Innes Wilson Lawyers, said: “Constructive or actual receipt of non-cash benefits has always been taxable.” Using trusts and companies won’t work for avoiding declaring “in-kind” income.

Imminent changes to the law first proposed in last year’s federal budget­ and flagged in a Treasury discussion paper in December­ may also hit the Instafamous industr­y. From July 1, all income, including­ all non-cash benefits, will be treated as part of an indiv­idual’s taxable income and will be taxed accordingly at higher rates than apply to the companies and trusts used to date.

Non-cash income, such as meals, earned via reputation will be taxed at the higher personal rate and cannot be shielded by a trust or other corporate entity at a lower one.