A History of Queensland Island investment by moguls 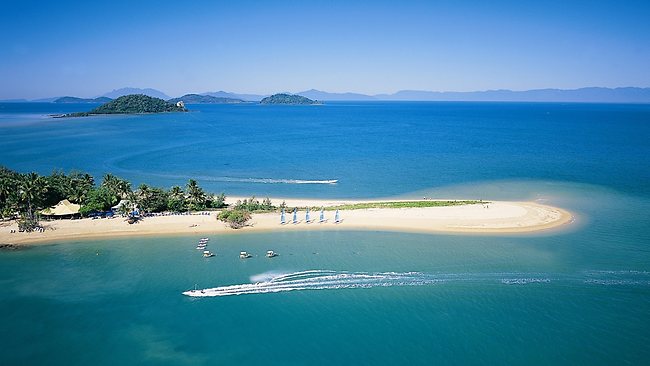 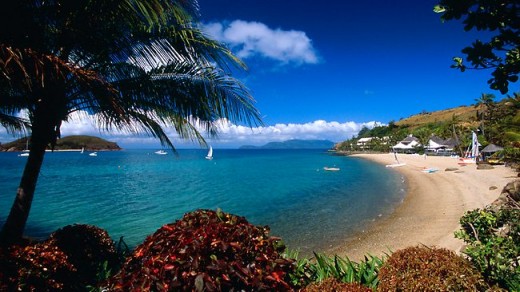 EVER since Robert Louis Stevenson penned Treasure Island, fortune hunters and developers have dreamt of their own tropical palm-fringed paradise where X marks the spot.

In the 1980s, Queensland even coined a term for them,  the “White Shoe Brigade” of Joh Bjelke-Petersen’s era, known not just for the colour of their footwear but their ability to woo politicians, stare down conservationists and build grand designs.

The late entrepreneur Keith Williams was one of the original members.

The barefoot skiing champion was credited with shepherding the tourism industry into the modern era, from the Gold Coast to Port Hinchinbrook.

Arguably his most successful project was his first: the 1970s development of the Gold Coast’s first theme park, Sea World, which he sold in 1984 for $37.5 million.

As his mate Max Christmas once said, even in better years island resorts are never far from the precipice.

“The failure rates are enormous and I wouldn’t go near it as an investment because it costs so much for staff and the various (utilities) you’ve got to bring in, and you’re in the hands of the weather a lot,” he said.

“The Caribbean’s the same. It’s not the glory box. It’s like buying a bloody live pack of crocodiles to eat you up.”

The late Christopher Skase, too, had the visionary bug. His Sheraton Mirage at Port Douglas converted the sleepy fishing and sugarcane village into a world-renowned tourist destination. 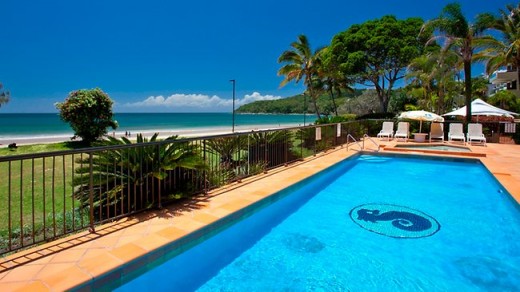 Once valued at $120 million, Noosa’s Seahaven Resort was snapped up by billionaire John Van Lieshout for $44 million.

Here’s the hitch. Tourism bosses like to say the trade is just like the fashion industry; much because it has to constantly re-invent itself to make everything look new again.

True, there is glitz and glamour, images of beautiful people in exotic locations, cocktail in hand, lounging about in luxury, or on the deck of yachts, plunging into azure waters, or tip-toeing through snow-white sands and fizzing surf on an abandoned beach.

But, in more cases than not, the life of a resort developer is most often a riches-to-rags story.

In the 30 years since the birth of mega-scale tourism development in Queensland, our coast is a rock that has wrecked and sunk countless fortunes, hopes and dreams.

That is why many greeted this week’s announcement by Premier Campbell Newman of “Queensland’s biggest ever tourism project”  a $1.4 billion resort and residential complex at Ella Bay, near Innisfail  with raised eyebrows.

Once championed by Janet Holmes a Court, the seven-year fight to get approval for the site in World Heritage rainforest and on the Great Barrier Reef is testament to the optimism and resilience of Brisbane chemical engineer-turned-tourism tycoon Rob Lamb.

The bold plan is to build a township from scratch to house 5000 people on a 4.5sq km former cattle station, nearly two hours drive from Cairns international airport, without too much impact on endangered inhabitants including cassowaries and nesting sea turtles.

Lamb still faces the hurdle of federal environmental approval in the next month and is coy about where he will get the money. 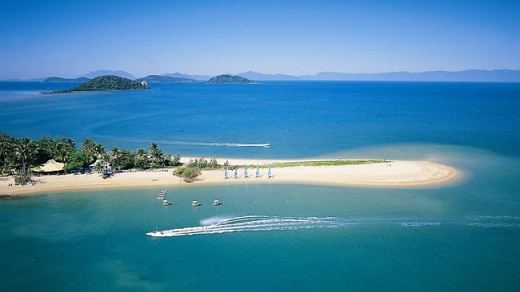 “You can assume Asia,” he says.

Local conservationists, predictably, are on a war footing.

In what is shaping as a modern-day replay of the days of ’80s tourism, opinions are deeply divided.
But it begs the question: If you build it, will they come?

Embittered tourism veteran David Marriner  who bought the Sheraton Mirage in Port Douglas for $35 million in 2011, built Laguna Keys in the Whitsundays for $50 million and spent $56 million on Whisper Bay at Airlie Beach  shakes his head in disbelief.

“It’s fantasy stuff,” says Marriner, who made his fortune from renovated theatres in Melbourne.

“Everybody is smoking dope. It’s been 40 years since I had a puff but I’m happy to share a joint and smoke whatever they are smoking.

“I’m finding it near impossible to do a $35 million restoration on one of Australia’s most iconic tourist resorts.

“Everyone in the financial sector has said no to risk in north Queensland.

“Talk to other developers like Russ McCart, of Meridian. There has been hundreds of millions lost.

“It is unhelpful to `kite-fly’ and propose these mega-buck developments.”

Tourism in Queensland, he says, is on its knees and banks and equity stakeholders have lost most, if not all, of their money.

“It is haemorrhaging and losing money in every corner. Small business is in absolute agony,” Marriner says.

“I’m treated like the plague up there because I broke the ice on dodgy Labor lobbyists, and I said there is a sovereign risk in investing in Queensland.

“Have a look at what banks are selling debt for.

“We are more likely to restore and refurbish existing infrastructure rather than build new projects.”
Quoting the famous movie The Castle, Wayne Bunz of CBRE  the man who sells most of the state’s big resorts  says: “Tell them they’re dreaming.”

“Surfers Paradise Marriot sold three years ago for $75 million. It would cost circa $150 million to replace,” Bunz says. “And the list goes on and on.”

Billionaire Clive Palmer, who this month bought the Sea Temple resort in Port Douglas for $7 million, agrees.
“We’re buying stuff for nothing,” says the mining magnate. “Mostly because we are the only ones with any money.
“We want to spend $3 billion at Palmer Coolum Resort and have to foot the bill ourselves. No one is giving out that sort of money.”

He is one of a new breed of tourism tycoons who still sees the “shine” in the Sunshine State. Others include billionaire John Van Lieshout,  who made his fortune from the Super A-Mart furniture chain, who paid $40 million for the beachfront Seahaven resort at Noosa, and Virgin empire chief Sir Richard Branson, who turned Makepeace Island in the Noosa River into an exclusive getaway.

Linc Energy boss Peter Bond snapped up Paradise Lost for $9 million when Cyclone Yasi slammed into Dunk Island, off Mission Beach, and is building boutique six-star resort in a move away from mega-scale projects.

Nearby Bedarra Island, bought last November by the Charlton Group, is also being revamped after Yasi.

And Sydney developer Terry Agnew is awaiting final approvals for his latest plans for a $600 million resort on Great Keppel Island.

In a cautionary tale, fallen rich lister and former vitamins and supplements king Vaughan Bullivant, who invested most of his fortune in rejuvenating Daydream Island, put his resort up for sale on Thursday.

Bullivant paid $25 million and spent $50 million on the island, which has a likely price tag of about $75 million.

“I’ve put many years of my life into making it the beautiful tropical island resort that it is today,” says Bullivant, who is recovering from surgery for tongue cancer.

“But I’m 65 now and looking to at some stage put my feet up and enjoy doing other things in life including more travel and spending time with my family, which has long been my goal.”

For this one-time tourism tycoon, at least, the time for daydreaming is over.