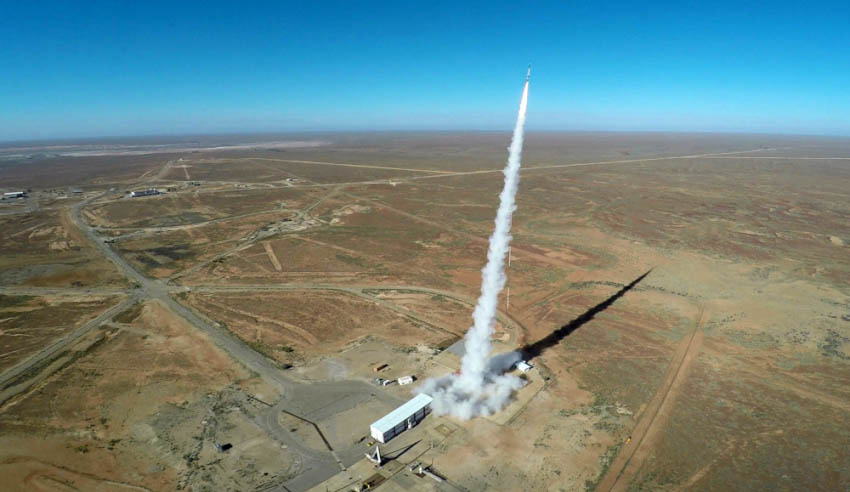 NASA’s first-ever launch from the Equatorial Launch Australia (ELA) spaceport has hit the two-month mark, With the exact dates to be confirmed given weather conditions. ELA says three launches are planned over a six-week period in June and July.

ELA chairman and chief executive Michael Jones said “We’re in a great position to have NASA as a cornerstone client being a fully commercial rocket launch company the BBIX rocket is extremely safe and reliable which is exactly what you want for the first launch,”

“There is a definite partnership between the launch site and the rocket operator. With NASA assisting and this reliable rocket we can get a few launches under the belt to work out processes and systems.”Mr Jones said.

THE countdown to space agency NASA’s first ever launch from a commercial spaceport has hit the two-month mark.

Although exact dates and times will depend on weather conditions, ELA says three launches are planned over a six-week period in June and July, with rockets going to between 250km and 310km into space.

Two of the three flights are expected to collect images of and spectral data on Alpha Centauri and the third is taking X-ray images of Australia to map tree growth.

ELA’s website says Alpha Centauri is 4.56 million light years from the sun and says the mission will seek out “other space atmospheric phenomenon”. More than a dozen people are currently working at the Arnhem Space Centre preparing for the May arrival of up to 80 NASA launch crew who will orchestrate the three flights.

Work stepped-up a notch or two earlier this month when freight forwarders Auriga Logistics barged into Nhulunbuy a number of transportable homes, caravans and other equipment to prepare the site for the NASA arrival.

ELA chairman and chief executive Michael Jones said the company was fortunate to have secured NASA as its first commercial partner.

“We’re in a great position to have NASA as a cornerstone client being a fully commercial rocket launch company the BBIX rocket is extremely safe and reliable which is exactly what you want for the first launch,” Mr Jones said.

“There is a definite partnership between the launch site and the rocket operator. With NASA assisting and this reliable rocket we can get a few launches under the belt to work out or processes and systems.”

Following the mid-year launches, ELA will continue with the process of securing a Technical Safeguards Agreement that will require a mandate from the Australian parliament and US Congress.

“It’s a hangover from Ronald Regan’s presidency and the SALT agreement (Strategic Arms Limitations Treaty) where all rockets are viewed as potential missiles. When the final agreement is reached Australia will have a 21-day review period in and we’re hoping its all completed in second or third quarter of next year,” Mr Jones said.

“In the meantime I’m talking with Taiwanese, Japanese, German and French rocket manufacturers. Globally there are hundreds of launches every year and this is increasing 50 per cent a year.

The company will work to secure the approximately $90m for the second phase from institutional investors.

Project officer Mark Hudswell, who is based in Nhulunbuy, said the project’s global significance brought with it local benefits for Territory businesses and contractors.

“We have between 12 and 14 guys out there at the moment and the majority are locals,” Mr Hudswell said.

“We had Morningside Electrical out of Nhulunbuy and SH Build out of Darwin. We had a vinyl layer from Darwin, two young fencers from Darwin and all our freight forwarded by a Darwin company.

Most of the technical preparatory work took place last September when 40 NASA engineers set up the launch rail and the tracking systems monitoring gear.

During the wet season, ELA changed company structure with the previous chief executive Carley Scott being replaced by a Chairman/chief executive as well as filling out the senior management and engineering/construction team.

“Our plan ultimately to do multiple launches a year; we can launch all year round, however, the majority will be during the Dry with preparations during the rainy season,” Mr Jones said.

“This will be helped by all the resources we have here in Nhulunbuy kindly built by Rio Tinto. There are not many places we have a full length airport, a deep water port, a hospital, and accommodation that are out of the middle of nowhere.”

ELA intends to stream vision of the launch.