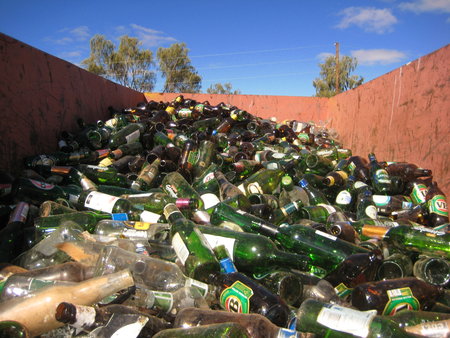 But Chief Minister Terry Mills said the government would fight for the scheme’s ”survival”.

In January, Coca Cola Amatil, Lion Nathan and Schweppes took the government to the Federal Court of Australia claiming the NT container deposit scheme was invalid because it conflicted with Commonwealth legislation.

Justice John Griffiths found in favour of the beverage companies but said he would not make a declaration about the validity of the NT legislation.

But Mr Mill said the government would need to get a ”permanent exemption” – similar to that of South Australia – to the Commonwealth’s Mutual Recognition Act to keep the scheme in place.

He said the exemption was already on the Council of Australian Governments’ agenda and the government had gained bi-partisan support for the scheme.

”This decision is a big blow for the Territory – it’s a set-back,” he said.

Opposition environment spokeswoman Natasha Fyles said it was ”disappointing” that the beverage giants had prevailed.

She said the government had Labor’s full support.

Mr Mills has called on the industry to keep the scheme afloat for two months on a voluntary basis so people who had collected containers could still get a refund.

He said the government would also look at appealing the decision to the High Court.

Coca Cola – who raised prices following the introduction of the legislation – had previously said it would reduce the cost of its products if they won the court battle.

The purpose of the Mutual Recognition Act is to promote the freedom of movement of goods in a national market.