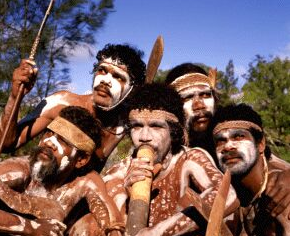 To hear comment from Michael Mansell of the Tasmanian Aboriginal Centre;

New Aboriginal heritage laws in Tasmania are another step closer with the announcement of a six-week consultation process.

The Minister for Environment, Parks and Heritage has released the draft Aboriginal Heritage Protection Bill 2012.

The new legislation is predicted to better protect and manage Aboriginal heritage, while at the same time providing clarity for landowners and developers.

The Aboriginal and broader community now has a chance to look closely at the detail.

Michael Mansell from the Tasmanian Aboriginal Centre in two minds about the proposed legislation. Mr Mansell says the state has made many advances in recognising Aboriginal culture in Tasmania but wonders whether better enforcement of existing legislation would have been enough. Nevertheless the discourse is another step on a long road for his community.

Damien Brown invited Mr Mansell to discuss some of the issues around the battle to preserve Aboriginal history. During the conversation Damien asked whether his community would be protesting on the Royal visit by Prince Charles. Mr Mansell revealed the Aboriginal community have a meeting with the Prince to remind the Royal family about a royal promise made to Tasmanian Aboriginals back in 1830.