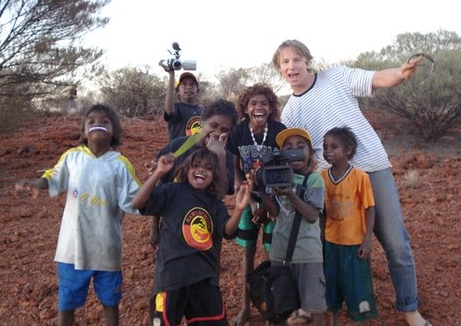 Table of Native Title Claims in the Pilbara region

But the Full Federal Court has ruled the Ngarla people’s native title rights have been reinstated where mining activities have ended.

The case could have implications for mining and pastoral leases around the nation.

WEBER: The claim was largely resolved five years ago but there were still issues surrounding improvement carried out by mining companies. The Chief Executive of the Yamatji Marlpa Aboriginal Corporation, Simon Hawkins:
HAWKINS: Yes we recognise that the mining lease prevailed over native title, but once the mining lease has finished the Native Title rights and interests arrive and return to the Marlpa people. And what that also means is that with the state government’s position whereby they are stating that improvements to pastoral leases extinguishes native title, this decision obviously supports our position that no it doesn’t extinguish native title and the native title rights and interests co-exist or return to the traditional owners once that land use is finished.
WEBER: The decision only affects land where mining activities have ended. Simon Hawkins says freeing up land can only be of benefit to indigenous people.
HAWKINS: If the mining activity in the tenement doesn’t go ahead then I suppose it gives rights to the traditional owners if down the track in the future another proponent wants to come along and mine several years later then perhaps they have to re-negotiate with the traditional owners, that’s one possible scenario. When you have a lease and you’ve got a mine, the mine is a small part, it may only be a small part of the overall lease. But there is also a significant amount of land that could be utilised.
WEBER: BHP and the Chamber of Minerals and Energy wouldn’t comment. The state government says it’s reviewing the court’s determination to assess the wider implications.
Simon Hawkins has called on the state to stop the litigation.
HAWKINS: The length of time it’s taken to deal with this matter when the Marlpa determination in 2007, and when you think that if a mine has completely mined its resource, handed the tenements in, and you’ve got the state government still sort of saying that native title’s extinguished and we don’t want the traditional owners having rights and interests across that land, it just doesn’t seem to make sense.
WEBER: What implications will it have in other states?
HAWKINS: Other states aren’t necessarily pursuing these matters, Western Australia is, but other states don’t necessarily focus on these type of issues. They have a lot more pragmatic and practical approaches to how they deal with traditional owners, which I think ultimately is more sustainable and more constructive way of actually progressing business.
WEBER: But I guess if the state government’s taken it this far they’re likely to go to the High Court, even though they haven’t said as much?
HAWKINS: From the point of view I suppose of taxpayer funds, from the point of view of what you’re really trying to achieve in terms of a matter like this, it seems to not make much sense. This state government is so focussed on litigation that it’s forgotten about perhaps being more proactive in the state and supporting those native title rights and interests that traditional owners have to assist them in building a capacity and assisting matters like closing the gap.
WEBER: Simon Hawkins says the Marlpa people will remain open to negotiation and mediation.
Share Tweet
Previous Post Eric Roozendaal unfamiliar with ‘signatures’ and ‘savings’
Next Post Tourism Council protests Working Visa fee increase