1.3 million-km seat to be contended by Mataranka local 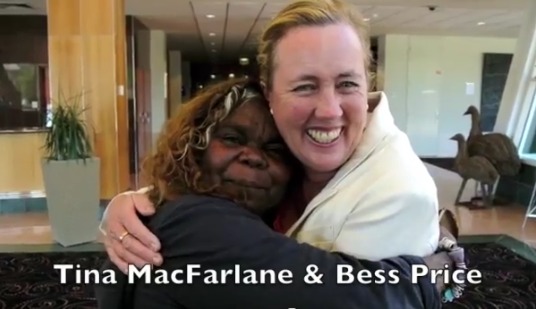 The seat of Lingiari in the Northern Territory, which covers the entire territory other than Darwin, will be contested by Mataranka local Tina Macfarlane against incumbent Warren Snowdon.

From The Alice Springs News Online

The Country Liberals have picked their candidate to take on Warren Snowdon in the huge Federal seat of Lingiari – all of the Territory except Darwin.

Tina McFarlane describes herself as having a rural background, a small business owner, running a property in Mataranka.
The unsuccessful candidate was Lawson Broad, raised in Santa Teresa and educated in St Philip’s College, now working for the Chief Minister. The party has a new president, Braedon Earley, from Darwin, raised at Roper River, a former hotel owner now working as a “consultant and adviser”.

Alice CL branch president Daniel Davis is one of the party’s two vice-presidents, with Ross Connolly from Darwin the other.