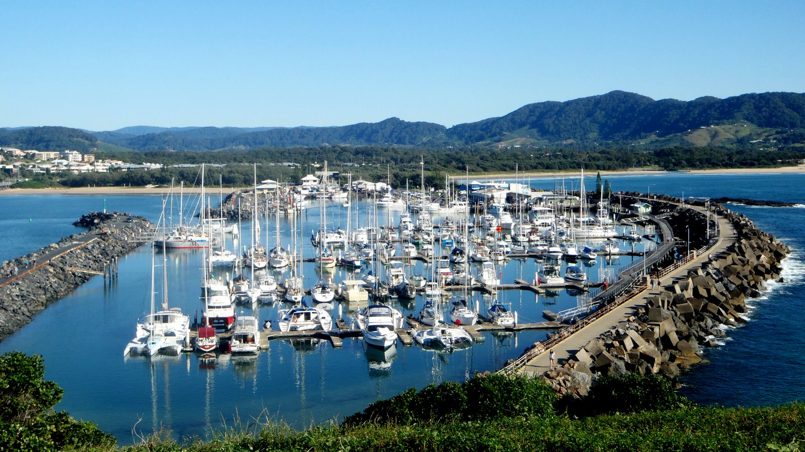 Reports early Friday morning say a drunk man was arguing with firefighters at the scene of a Coffs Harbour Marina fire.

At least one yacht is known to have sunk.

A FISHING boat has caught fire at Coffs Harbour, crashing into other vessels in a marina after its motor started.

Firefighters were called to the marina just after midnight to find the longline trawler ablaze.

A Fire and Rescue NSW spokesman said the vessel’s engine somehow started up, perhaps caused by the fire triggering an electrical response, and the vessel broke free of its moorings.

The boat did a U-turn, collecting a small yacht that it dragged across the marina before crashing into and damaging two other vessels.

Water Police moved other vessels out of the way until firefighters extinguished the blaze which destroyed the fishing boat’s wheelhouse.

The small yacht was badly damaged and may sink, the fire spokesman said.

It is unknown how the fire started but at this stage police are treating the fire as suspicious.

One crew member on board at the time escaped injury.

Detectives from Marine Area Command, being assisted by officers from Coffs/Clarence Local Area Command are conducting inquiries into the incident. A report will be prepared for the Coroner due to the extent of damage.

Anyone with information about the incident is urged to contact Crime Stoppers on 1800 333 000.

(and from September 2012 – Coffs Harbour Advocate)

A man believed to be aged in his 60s was found deceased on a boat but initial investigations suggest no suspicious circumstances.

Sources report the man may have had a pre-existing condition and the alarm was raised when he had not been heard from for several days.

His family is said to reside out of the area.