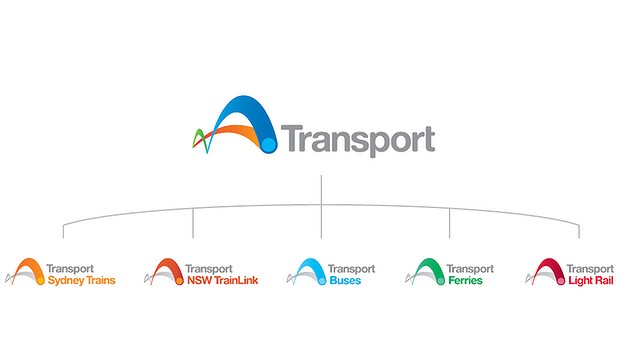 Sydney’s trains, buses, ferries, and trams will be united under one common transport “brand”, the O’Farrell government has announced.

The new logo echoes London’s well-known “roundel”, which is common to all public transport in the city.

The Transport Minister, Gladys Berejiklian, unveiled the logo at a press conference on Thursday, in which she also said there would be new service standards for train employees as well as new uniforms.

The new train uniforms are grey with orange trim. Women wear pants and skirts, while male rail employees are no longer allowed to wear shorts.

Employees at RailCorp, which will be closed and replaced with Sydney Trains and NSW Trains from July 1, have been signed up for new “customer service training”, the minister said.

“This is the beginning of a new era where sitting in an office on the station all day is out, and helping the customer and being proud of working on the railways is in,” Ms Berejiklian said.

“The beginning of a new era” … the new NSW public transport logos.

“Changing culture in a large organisation is a huge task and will take time to achieve, but I’m pleased that staff undertaking the training are embracing the opportunity to learn how to make travel better for customers,” she said.