Sydney helipad turns out to be an old stager 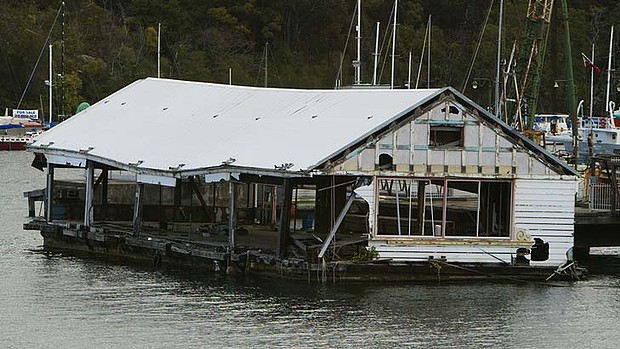 The supposed state-of-the-art floating helipad on Sydney Harbour proudly unveiled by the O’Farrell government late last year was to start operations from a modified 80-year-old barge once used as a Luna Park dance hall.

When Deputy Premier Andrew Stoner revealed the controversial proposal in November, he described the helipad, which was to move around different sites on the harbour, as an ”innovative new flat-top, powered barge accommodating at least two helipads and sufficient deck accommodation to manage passenger operations”.

But Newcastle Helicopters, the company behind the proposal, was planning to start the service from a decades-old concrete barge known as the Palais de Danse.

Previously confidential documents obtained under government information public access laws reveal that on December 17 a director of Newcastle Helicopters, James Guest, submitted a marine survey application to use the Palais as a ”landing facility/pontoon for helicopters”. This was well after November 8 when the government granted Mr Guest his aquatic licence to start the service.

Mr Guest’s application reveals that the Palais, 37 metres long, appeared to have no engine, would have had a top speed of two knots under tow from tugs, and was being proposed for up to 30 passengers.

The pontoon originally helped link rail and ferry services at Milsons Point in the early 1920s before morphing into a dance hall alongside Luna Park, with interior decor by architect Samuel Lipson. In the 1980s it later had a brief spell as an imitation paddle steamer. At one stage it was considered to have heritage significance. In 2004 the National Trust declared it would like the barge restored and reinstated at Luna Park.

It was lying virtually abandoned at Berrys Bay at North Sydney until two to three years ago when it was acquired from the Luna Park Trust by marine engineering company Australian Wharf and Bridge.

Industry sources, who did not wish to be quoted, confirmed AWB had come to an ”arrangement” with Newcastle Helicopters at the end of last year to use the barge for the helipad service.

The documents initially obtained by Greens MP Cate Faehrmann reveal that in an email on November 8 to the deputy harbour master, Richard Lorraine, Mr Guest is jubilant that ”the aquatic licence has been issued today” but adds, ”we are now in the process of sourcing a vessel for commencement hopefully some time in December”.

In another email dated last August Mr Guest told Graeme Mugavin, from Roads and Maritime Services, that providing details of an ”exact vessel is not possible as the sourcing of the exact vessel will take place once all other issues are resolved”.

The lack of a vessel did not seem to bother Mr Stoner’s Department of Trade and Investment, which was spruiking the proposal inside a baffled NSW bureaucracy from mid-last year.

A senior investment manager in that department, Rhett Gibson, wrote to Roads and Maritime Services on October 30 – again before the licence had been formally issued – saying his team wanted to ”mobilise resources and get the company as much positive promotion as possible”.

A storm of criticism greeted Mr Stoner’s announcement of the helipad, sparking the formation of a new lobby group, Friends of Sydney Harbour, spearheaded by yachtsman Ian Kiernan.

Critics were appalled at the lack of public consultation over the project. Just before Christmas, Newcastle Helicopters said it had put the proposal on hold to ”consider [its] feasibility”.

Mr Guest declined to comment on the proposed use of the Palais. On Monday Mr Stoner’s office referred queries to Roads and Maritime Services, which responded that ”the process for assessing an aquatic licence is separate to the process for accrediting a vessel”.