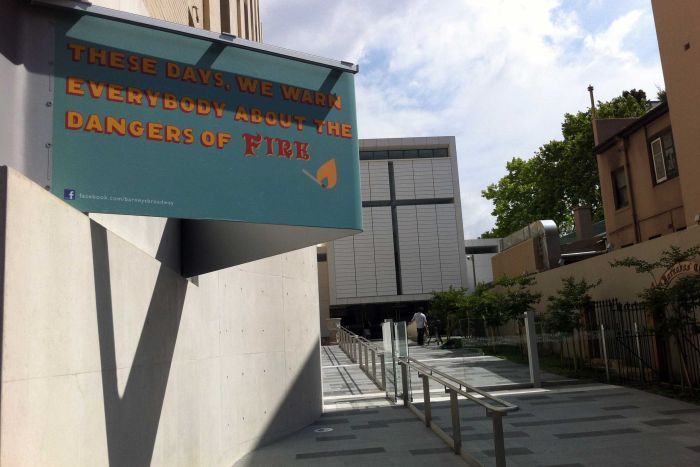 An Australian church famous for taking on a pub in a battle of wits has a new sign on display, having re-opened after a fire destroyed the building.

St Barnabas’ Anglican Church on Broadway, in inner Sydney, enjoyed a healthy rivalry with the Broadway Hotel for years.

The original Barneys, as the church is commonly know, was destroyed in a fire in May 2006.

A new church was re-opened on the site earlier this year and now the famous sign has also returned, referring to the demise of the original building in its first message.

“These days, we warn everybody about the dangers of fire,” the sign says.

The church’s rector, Reverend Mike Paget, says he is not sure if the competition with the pub across the road will be reignited.

“We’ve got a great relationship. We don’t want to prompt anything or feed anything. We want them to freely respond to us and we look forward to seeing how that goes,” he said.

The Broadway Hotel now trades as Broadway Lounge and promotes itself as a cafe, restaurant and bar.

In a further sign of the changing times, so far the only message outside advertises “Free wi-fi”.