NSW’ foray into V8s under analysis 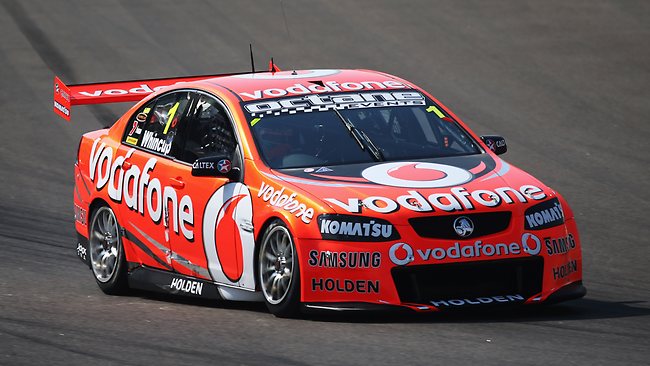 THE FUTURE of the Sydney 500 will come down to the success of this weekend’s V8 grand finale, with Destination NSW conducting an economic review of the event which will decide whether or not the three-day race survives beyond next year.

The NSW Government has commissioned Destination NSW, the government agency for tourism and major events, to conduct an extensive economic review of this weekend’s Supercars event at Sydney Olympic Park, with all funding decisions to rely on the findings.

The future of the event, which has attracted 523,000 fans in three years, is clouded with the current five-year deal between V8 Supercars and the NSW Government set to expire at the end of next year.

It is understood V8 Supercars will ask for a government injection of at least $4 million a year to keep the race on the streets of Sydney.

V8 Supercars chief executive David Malone and board member Mark Skaife met with Tourism Minister George Souris yesterday to begin discussions about the future of the race, which was the highest-drawing sporting event in NSW last year.

“Our very early discussions with the government are positive and promising for post-2013,” Malone said.

“There is a desire from both parties for the event to continue beyond the current contract as the value to our sport and the state is very significant.

“It’s a significant investment and a shared-cost arrangement is needed.”

The NSW Government is expected to make a call on the future of the event early next year with economic benefit to NSW set to be the sole deciding factor.

The report set to be conducted on this weekend’s race will look at crowd figures, money spent by visitors, and money spent setting up the event.

Souris was giving little away yesterday when quizzed about the popular event’s future but did declare the Government wanted three V8 races in NSW.

There are two other V8 races in NSW, one in Bathurst and the other at Eastern Creek.

“I’ve not started negotiations with them,” Souris said.

“In any case, those negotiations occur through Destination NSW and not through the minister personally.

“But I can say that it’s the hope of the NSW Government to have three V8 events in NSW. Not two. Not one.

“I’m very careful not to say things on the wing or start negotiations on the wing. There are two events to go.”

Souris failed to guarantee a Sydney event beyond 2013.

“We had three events this year and that was successful, so that’s a portent for the future,” he said.

“But these negotiations won’t be conducted by me personally, and they won’t be relevant until 2015.”