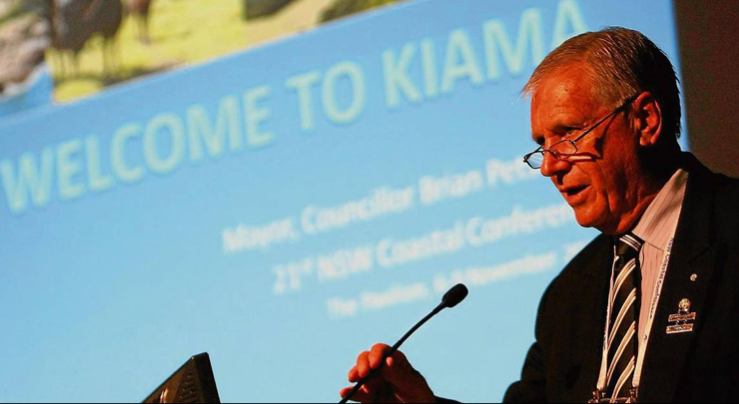 From The South Coast Register

The conference also included an address on a proposed policy framework for coastal Australia by the National Sea Change Taskforce.

Conference welcome speaker, former Fairfax journalist, travel writer and ABC radio commentator Bruce Elder spoke of the changes to the South Coast in the past 30 years, the reasons for those changes and the need for the necessary development and tourism expansion to be considered.

Moving to Kiama in the 1980s, Mr Elder described the magical Kiama he remembered from his childhood holidays as Enid Blyton country, “Famous Five go on Adventures to the Sea”.

“Never ignore the reason people originally came to your destination,” he said.

“That seems to be absolutely fundamental and is one of the great questions and challenges for the South Coast.”

Kiama MP Gareth Ward continued the sales pitch, saying the region had the most beautiful part of the NSW coastline.

“These conferences provide a great opportunity to share our collective knowledge and experiences so we can better manage our coastline,” Mr Ward said.

“The time has well and truly passed on the issue of whether climate change is happening or not. Climate change is a reality and simply burying one’s head in the sand will not send the challenges out with the tide.

“Ignorance on this issue will only lead to greater challenges and costs into the future as denial will equal delay.”