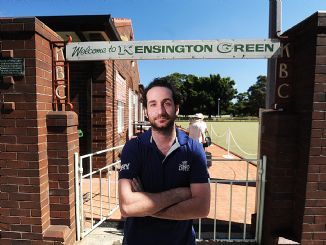 Randwick City Council will be considering all options for the future use of Kensington Bowling Club after the business closed its doors for the last time on 5 February 2013.

Randwick Mayor Councillor Tony Bowen said it was sad news for the Club.

“Kensington Bowling Club operated for 85 years, and became a real institution in the local community. As the Trust Manager of the site, Council has been glad to support the Club over the years by heavily subsidising the rent,” Councillor Bowen said.

Council has successfully negotiated for KikOff Soccer, whom the Bowling Club sub-leased part of the site to, to keep playing soccer on the site for at least the next six months.

“I’m glad the kids can keep playing soccer in the coming months, and in the meantime Council will consider the future use of both the building and the greens. At this stage we’re not sure how the site will be used, but we will consider all options in close consultation with the local community,” the Mayor said.

And a year previous, from the (Sydney) Southern Courier:

Kristina Keneally in bid to save floundering Kensington club

HEFFRON MP Kristina Keneally has gone into bat for a struggling club, accusing Randwick Council of taking a back-door approach to drive the 84-year-old establishment out of business.

“Randwick Council is putting the nails in the coffin of the Kensington Bowling Club,” she said.

The club may be forced to close its doors by Anzac Day in the face of rising costs, unfavourable parking restrictions and a recent doubling of the rent by Randwick Council, said manager Raffaele Ierace.

Ms Keneally questioned the council’s motives for doubling the rent, saying it would make survival impossible.

Mr Ierace believes the council is trying to cripple the club out of spite. Last year it successfully overturned a council decision in the Land and Environment Court that allowed Kikoff, a five-a-side soccer club, to use the greens.

A council spokesperson said the arrangement was a commercial profit-making venture that required a cut in the club’s rent subsidy.

Mr Ierace said although the soccer has propped up the club, it would not salvage it.

He hopes a larger club will amalgamate to save it.

Ierace has worked seven days a week for seven months to try to turn the club’s fortunes around, introducing a successful South American night on Fridays and offering barefoot bowls. But without a functioning kitchen, the club’s ability to make money is limited.