Disruptive renovations on the cards at Circular Quay 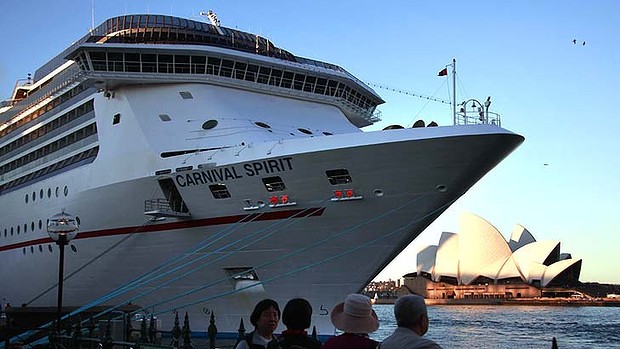 An upgrade of Sydney’s Overseas Passenger Terminal at Circular Quay will help satisfy the demands of the booming cruise industry but the building’s restaurant and bar tenants are upset over the terminal’s uncertain future.

The state government has delayed the announcement of its plans for the terminal, which are designed to increase the number of ships able to berth there. The terminal is more than 50 years old and is straining under Sydney’s record number of cruise ship visits.

The terminal is one of a select number of passenger ship terminals around the world, such as Vancouver and Venice, to deliver direct cruise liner access to a major and spectacular central city location.

But long-term restaurateur and bar tenants, including the acclaimed, three-hatted Quay, whose expiring lease is under negotiation, are concerned about the impact on their businesses as result of the refurbishment, work on which was meant to occur between April and September next year, the low-season for cruise visits to Sydney.

Christopher Cheung, managing director of the Coogee Bay Hotel which owns and operates Cruise Bar at the terminal, said Sydney Ports, the statutory body which operates the terminal, is ”keeping their cards very close to their chests”. ”I’d like more details,” he said. ”We all want certainty. We want to know how this impacts us. If the plan is to increase ship capacity then we want no negative impact on our business.”

In February alone, a record 36 ships visited Sydney, 20 of them berthing at the terminal.

The demand for limited harbour berths continues to increase with many larger passenger ships unable to pass under the Harbour Bridge to reach the new $57 million White Bay Cruise Terminal.

Brett Jardine, general manager of the Cruise Lines International Association, said the planned, though as yet undisclosed, ”alterations” at the terminal would allow for faster turnarounds and provide improved amenities, enabling more ships to use the prestigious berth.

But terminal tenants fear that any increase in the number of ships at the terminal will result in more periods of blocked or obscured harbour views for patrons, more truck movements, worsening traffic congestion in The Rocks, a closed car park and fewer opportunities for functions, such as weddings, where guests expect a Circular Quay and Opera House backdrop.

Anthony Han, general manager of Ocean Room restaurant, said that business at the wharf was already ”getting harder and harder” due to the ”chaotic” movement of trucks and shuttle buses when the ships were berthed. He concedes the owners of Ocean Room did not expect the cruise industry to grow to such a degree when they first signed the lease.

A spokesman for Roads and Ports Minister Duncan Gay declined to answer a series of questions from Fairfax Media, saying only that the decision on the masterplan for the terminal ”will be made in due course”.