Austinmer too risky, even for pub barons 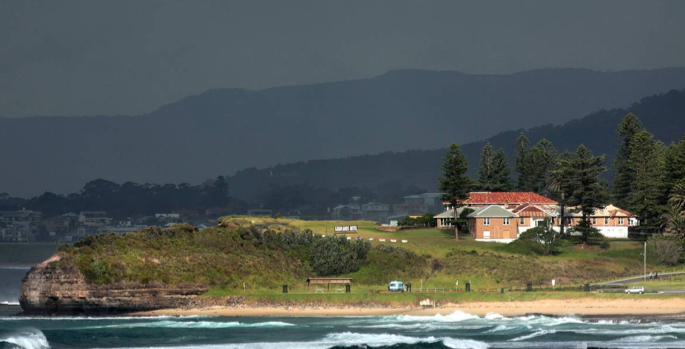 wo pub barons with the Midas touch have revealed why they walked away from one of the best pub locations in the Illawarra.

Despite its ocean frontage and lucrative property value, The Headlands Hotel at Austinmer was deemed too risky a prospect in today’s market.

Jaz Mooney, managing director of the Pelathon Group, and Dan O’Hara, from O’Hara Group, both dismissed it as too high a cost for the risk involved.

The Headlands has been closed since June last year over safety concerns and it remains on the market for an undisclosed sum.

Colliers International Wollongong principal Simon Collier said despite strong interest there was nothing firm to report on the property.

Irish-born Mr Mooney, who started in pubs at 11 collecting glasses in his family hotel, said Pelathon had bought and managed 11 Australian pubs with 100 per cent success in improving profitability – “but there is always a failure around the corner,” he added cautiously.

He bought the indebted Gilmore Hotel at Coniston (now Coniston Hotel) in May this year for a discounted $5.9 million.

He said he looked at the Headlands some time ago when it first went on to the market.

“No doubt Headlands is a premium site with a terrific wow factor but unfortunately the owners were asking too much of a premium price,” said the Mosman businessman during his weekly visit to the Coniston.

He said the previous owner at the Coniston had over-capitalised on renovations but it had the elements that his company sought – well positioned among working and residential areas, and potential as a family-friendly hotel.

“It takes 18 months to two years to get a hotel back on its feet but it’s getting there,” he said.

The mantra with any hotel his company buys is “get people through the door”.

“At the Headlands half the market is out to sea – that’s the problem with catchment areas like that . . . you have to ask where your locals are coming from,” he said.

He said a standalone pub on the site was not an option.

“I don’t know Wollongong well enough to predict what will happen but the site needs something like a function centre or the residential component that people up there are talking about,” Mr Mooney said.

“But it would have to be something sustainable and that the residents are comfortable with.”

Mr O’Hara said O’Hara Group also looked at the Headlands before it bought the rundown Berkeley Hotel in 2007.

He said at the time the sale price of the Headlands was between $4.5 million and $5 million for a knock-down.

Like Pelathon, O’Hara Group targets struggling hotels in need of some TLC to turn them into family-friendly hotels.

“Headlands is a fantastic position but it doesn’t stack up as a viable pub and the risk involved in the substantial investment needed to redevelop it into a multi-purpose site would be too high,” he said. “We paid $4.1 [million] for the Berkeley Hotel in 2007 and two years on it’s been nominated for its second AHA regional pub award.”