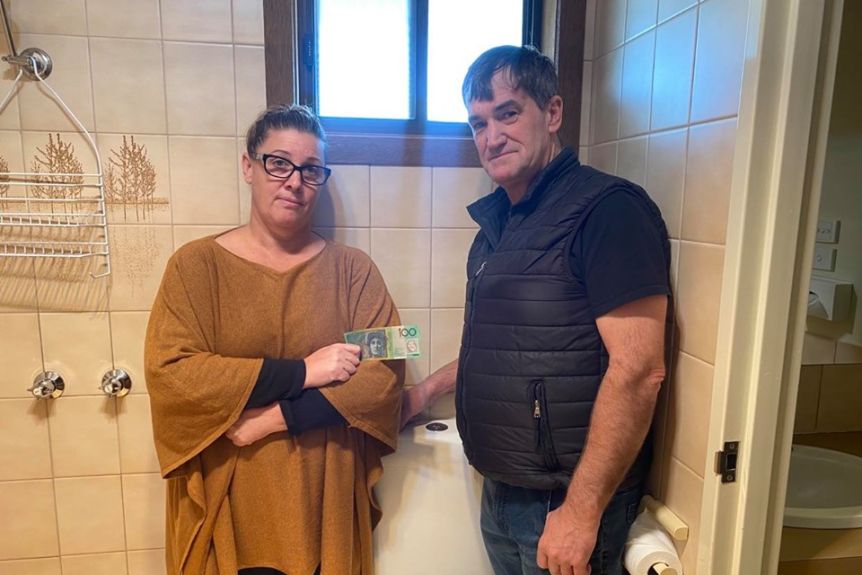 Accommodation businesses in south-west New South Wales have said they are being targeted with “unfair” taxes by the town’s council, including a charge on extra toilets and keeping brochures in the local visitor information centre.

In its 2019-20 budget, Balranald Shire passed a pedestal tax that required the town’s hotels, motels, clubs and pubs with more than two toilets to pay $100 for each additional toilet in their establishments.

The Shire went into administration earlier this year following a performance improvement order, and a subsequent public inquiry that found that the council had “failed to act as a reasonable employer”.

Lisa Dalton and her husband, Ashton, have owned the Balranald Motor Inn and Billabong Restaurant for six years.

Ms Dalton said the business had suffered in the past year with COVID-19 and last summer’s bushfires, both of which had slowed tourism in the town.

“We’ve seen a 90 per cent decrease in income and looking at a 2 per cent occupancy rate at the moment,” Ms Dalton said.

“We were pretty busy in March, and virtually overnight people were checking out, and I’ve had everything on our books cancelled until September.”

She said tourism operators in Balranald felt they were being lumped with extra charges, as opposed to residents, who weren’t.

She said many operators opposed the pedestal charge when it was first introduced.

“We are objecting to it (again), but we are just feeling quite stressed about it and concerned that nobody is listening to us.”

Council: no choice to hike up fees

“Unfortunately the impacts to our sewerage network continue, regardless of how many people stay at the hotel,” he said.

“The network continues to disintegrate whether it’s being utilised or not, and council needs to continue to maintain that network.”

In its proposed budget, Balranald Shire is recommending that the $100 fee per additional toilet (any more than two) be continued, that non-residents be charged 10 per cent more for sewerage access, and that the sewer discharge rate be increased from $1 per kilolitre to $2.20 per kilolitre.

The proposed budget also outlines a fee for tourism operators to display advertising material in the Balranald Visitor Information Centre.

Ms Dalton said she had never heard of businesses having to pay for advertising in its town’s visitor centres.

“The information centre has been there as the town’s showcase for people who are visiting,” she said.

“I won’t use it, I don’t think its fair for any of us to have to pay to showcase our own town.”

“Recent reviews have indicated that the tourist visitor information centre is being subsidised significantly by our general fund,” he said.

“This year it is forecast to cost $340,000 to run the information visitor centre.

“The proposed charges are to help offset come of that cost.”